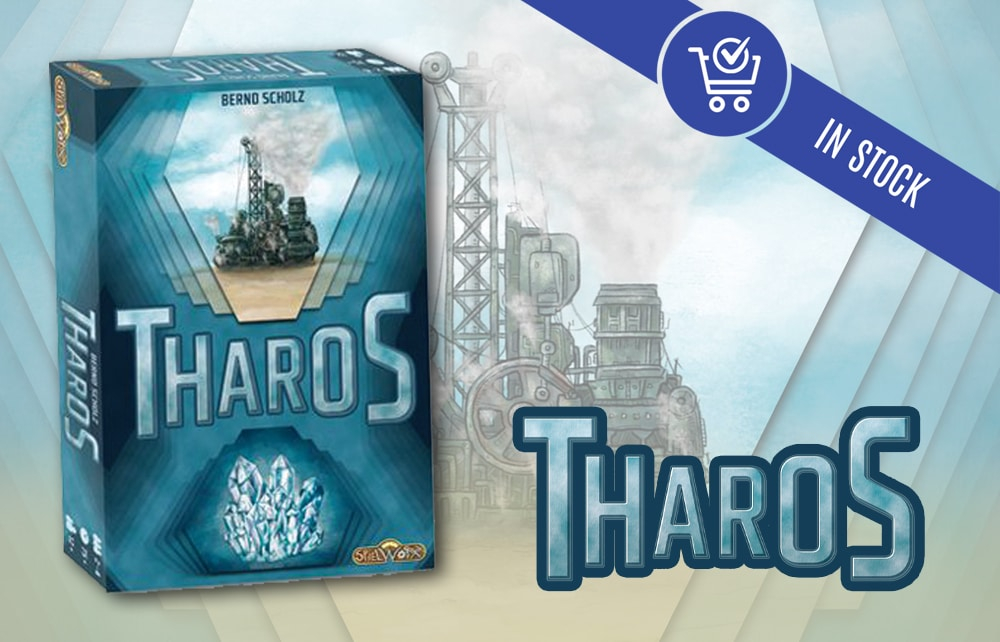 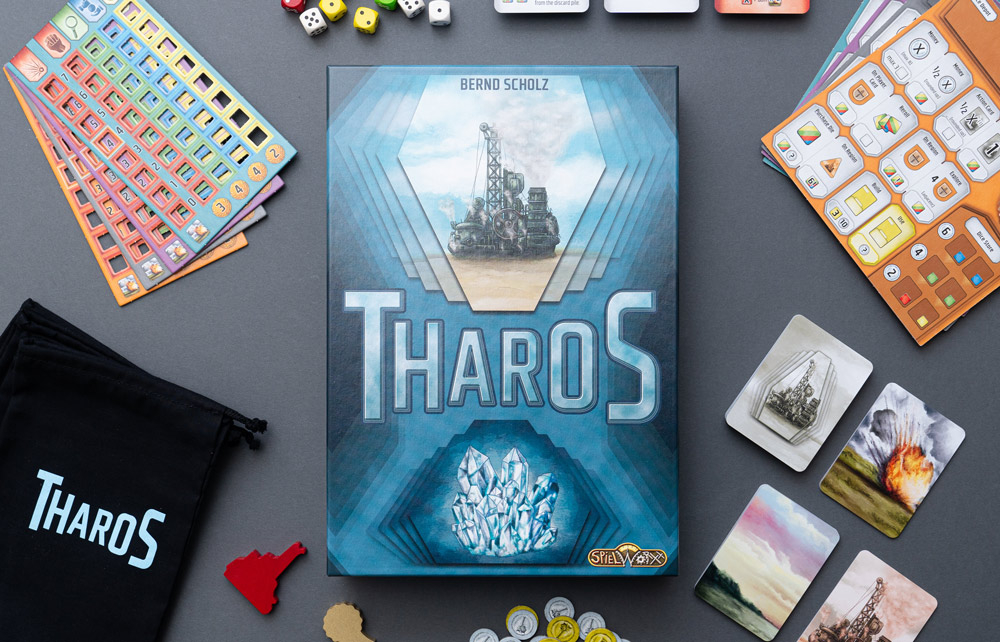 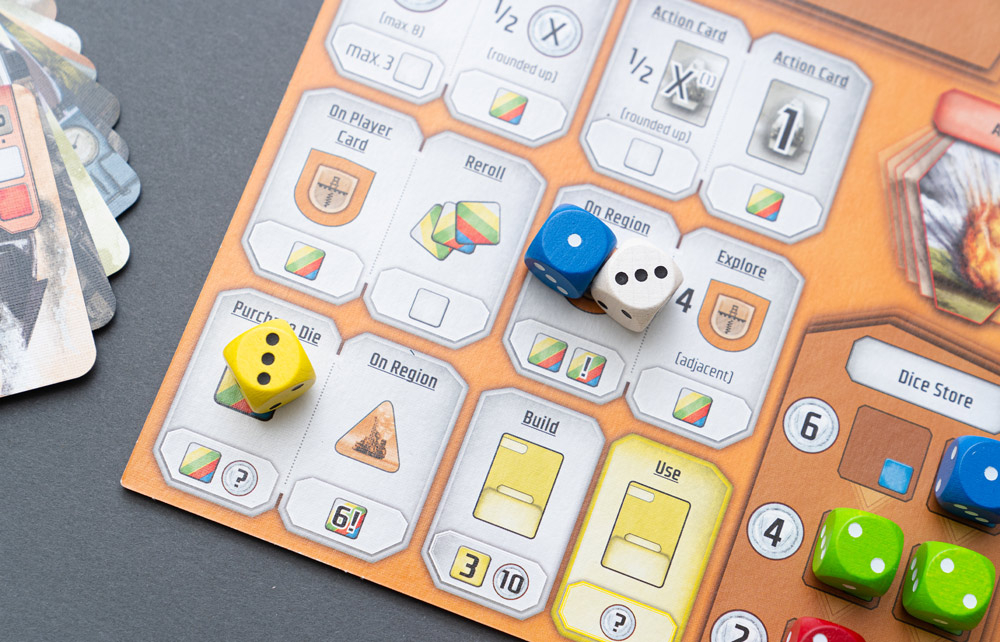 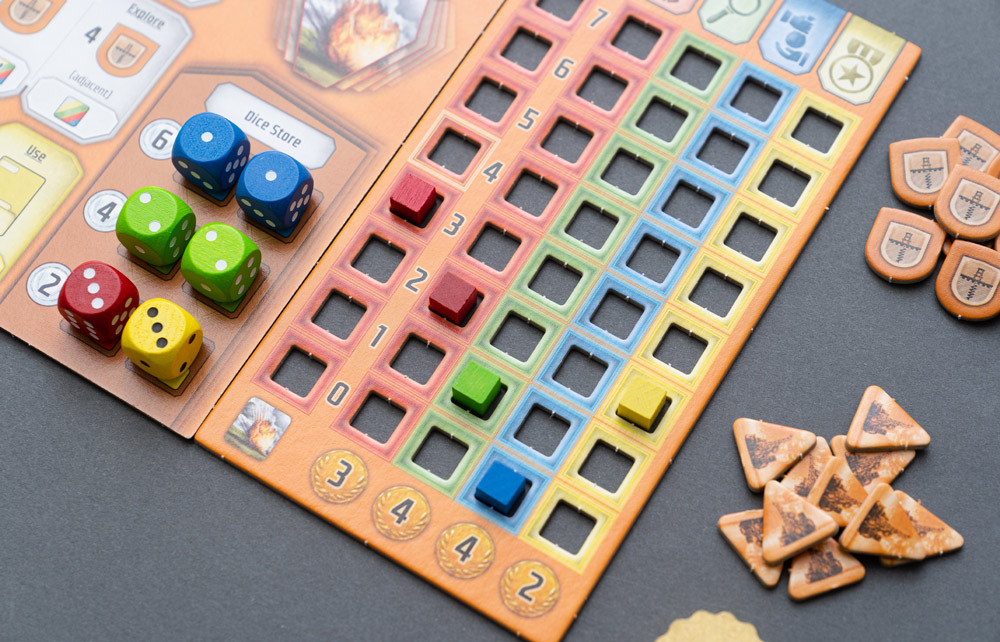 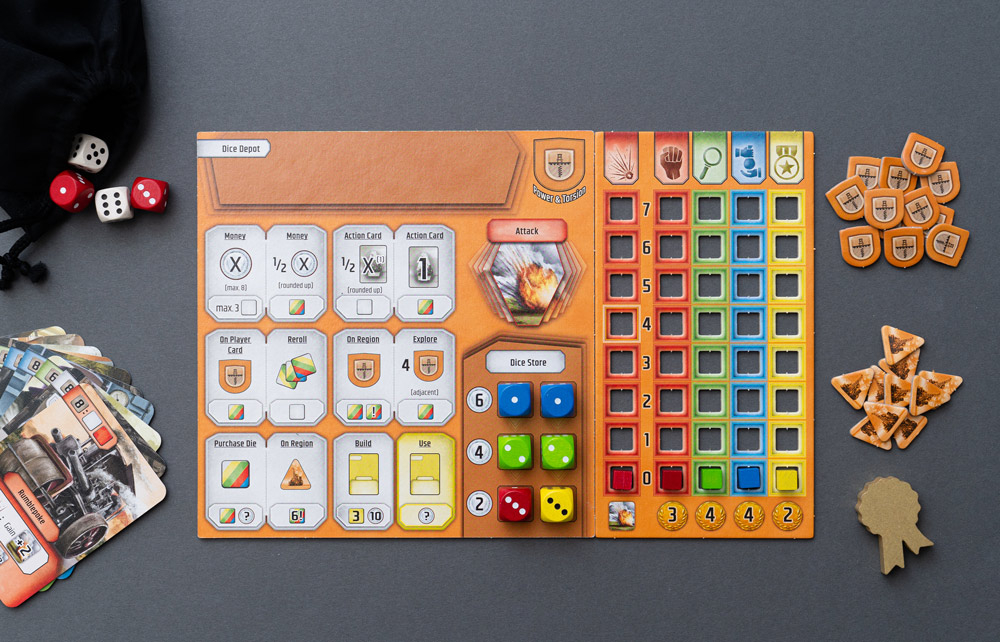 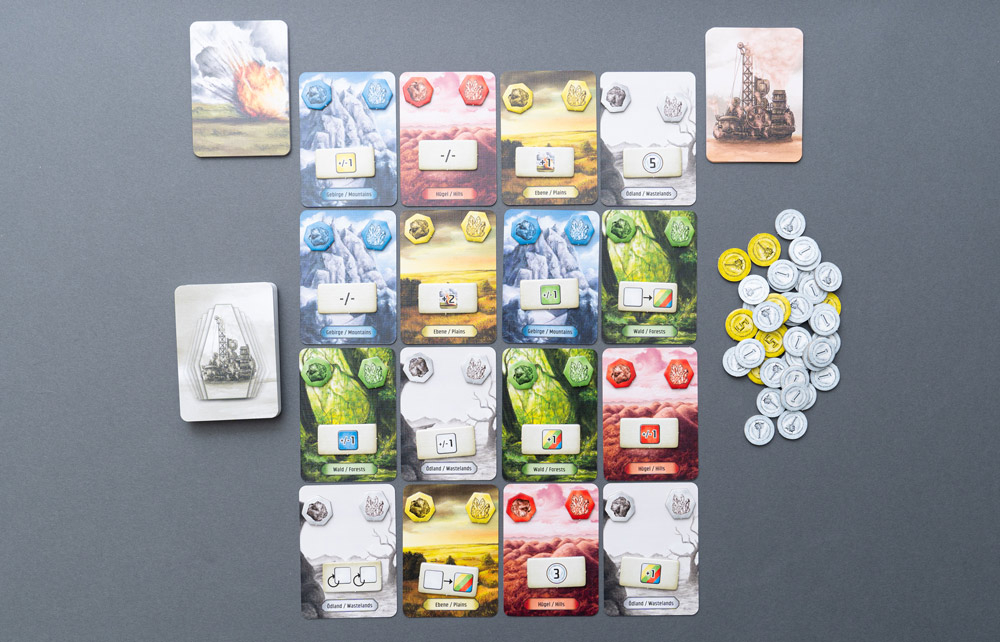 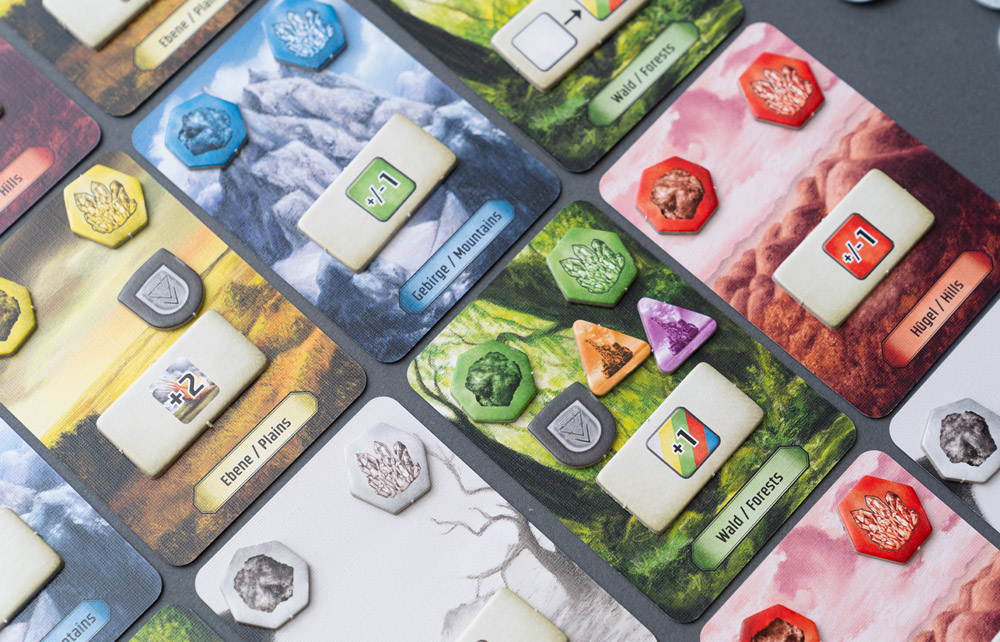 Now it is necessary to open up a new region! In doing so, the bustling guilds both have an eye on the other guilds and the dreaded Circumdate Caelo Trust, which also lays claim to this region and does not shy away from using military means.

Players control a steam guild and explore the newly opened region for natural resources, gaining crystal and ore samples, and building new mines. The government of Tharos awards different medals for the players’ services, which increase the influence of their steam guilds with the player winning enough influence to take over as leader of their guild.

Tharos is a “Dice-Bag-Building” game, where dice represent actions and their respective strengths. The dice are used on the player boards and for activation and usage of the player cards. Additionally, each player has a deck of cards that could substantially help them achieve their goals.

The game plays over the course of four rounds with four turns per round. The “game board” consists of a 4×4 grid formed by the 16 region cards. After setup, one player reveals the top attack card. Afterwards the players determine the transformer effect. Now each player draws dice out of their bag (normally 5) and rolls them. Then, each player takes one action with one or more of their dice, until all players have used all of their dice.

Dice are used in multiple ways:

At the end of a turn the players have to defend themselves against the attack of the Circumdate Caelo Trust. After four turns, the game round ends. Once the fourth round has ended, the game ends and the players add up their collected medals and victory points to determine the winner.

Available only in the USA and Canada.