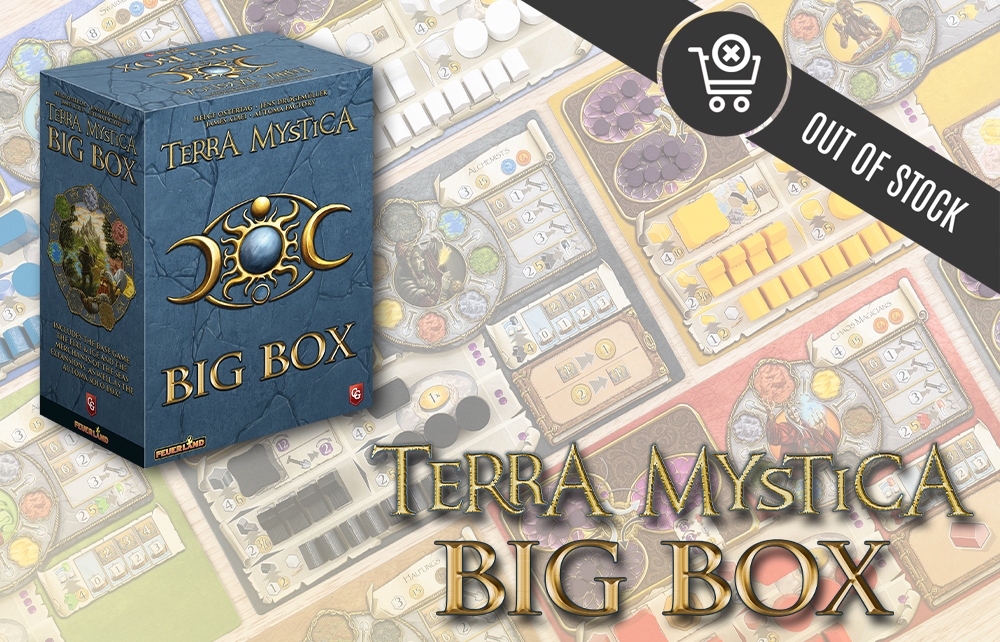 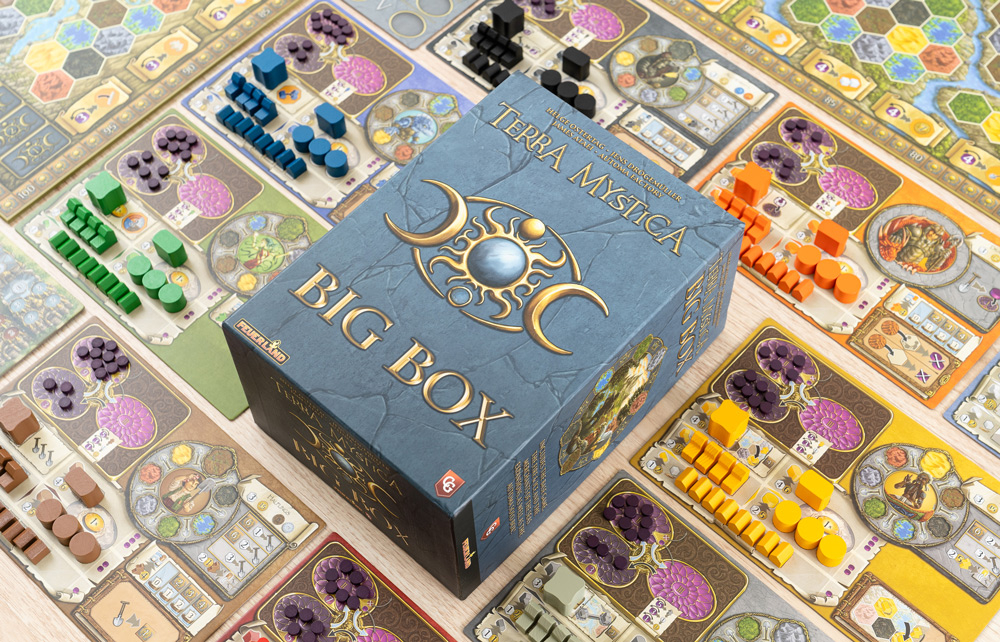 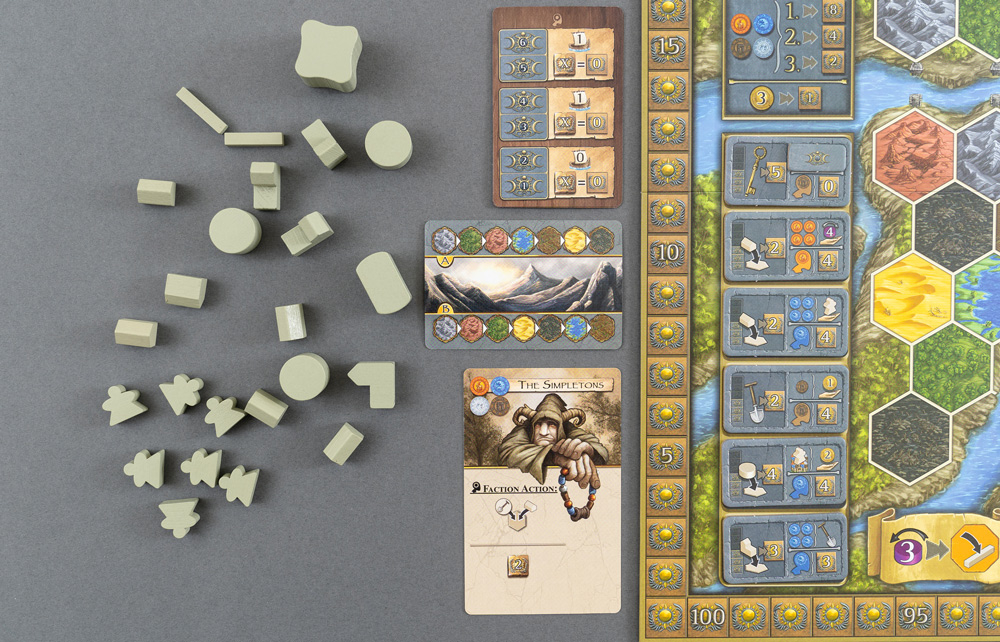 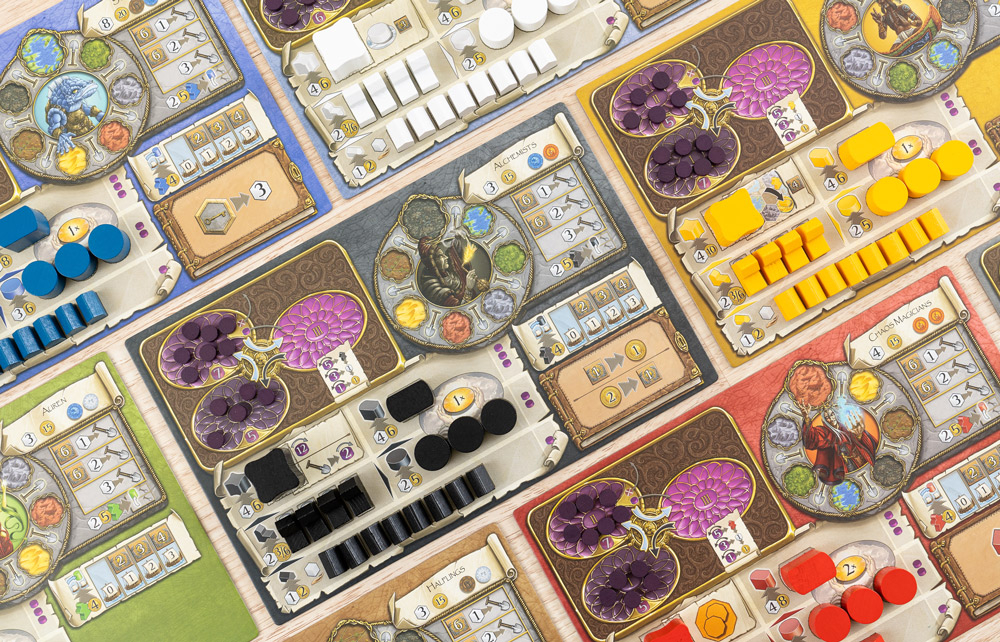 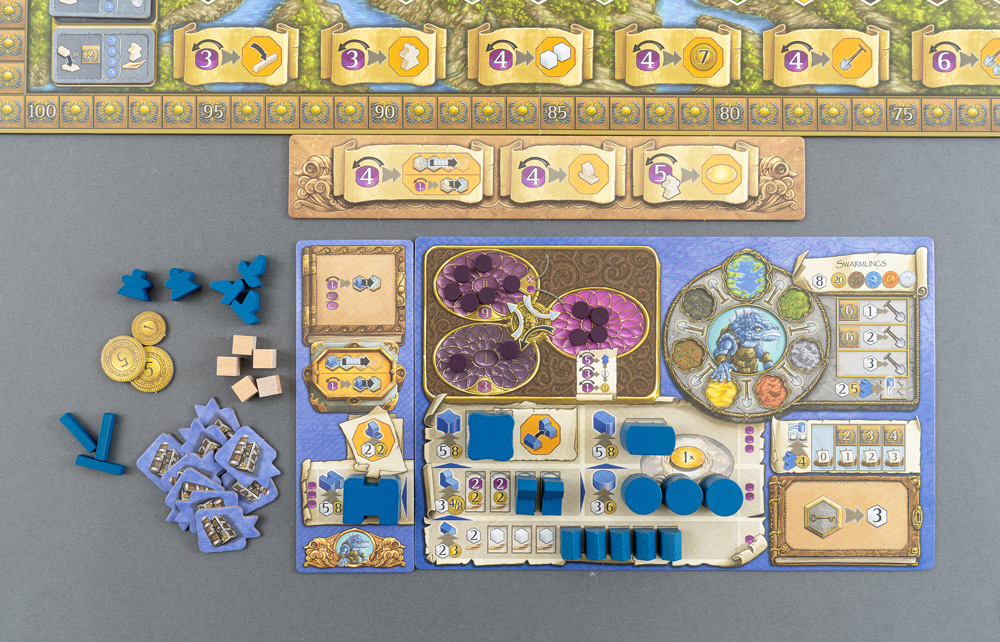 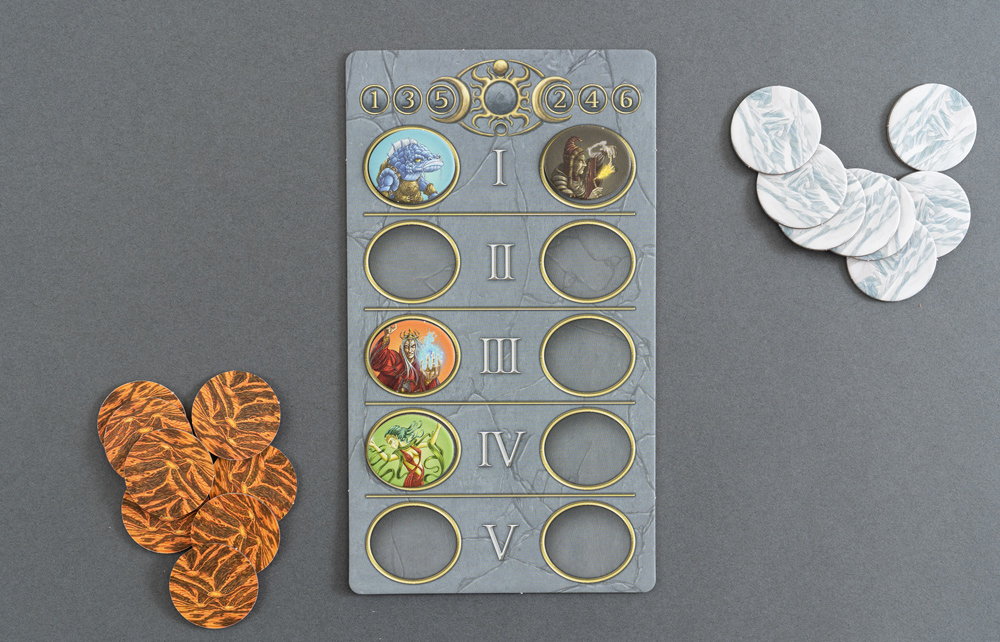 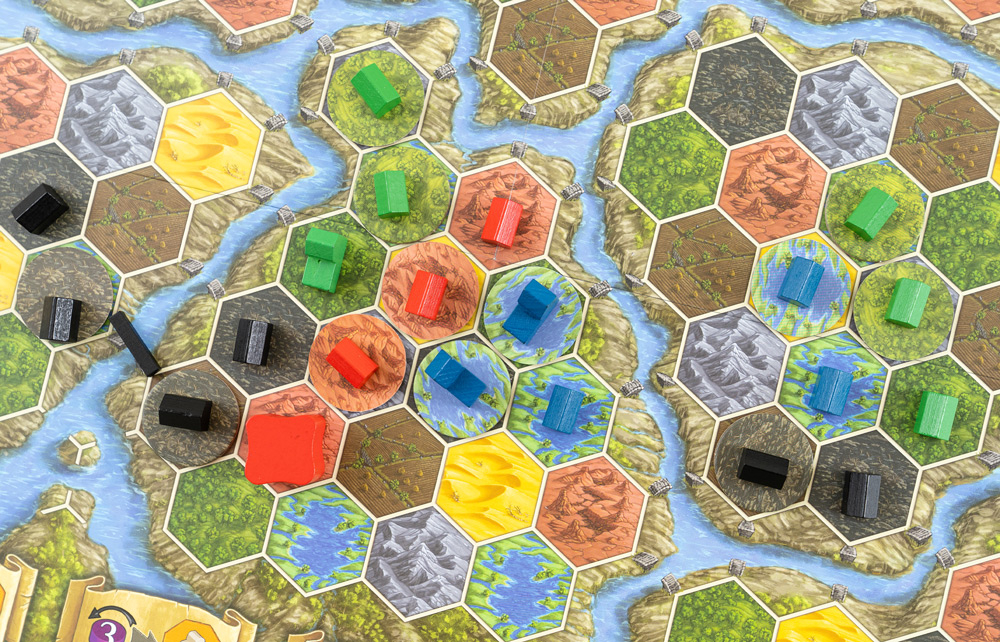 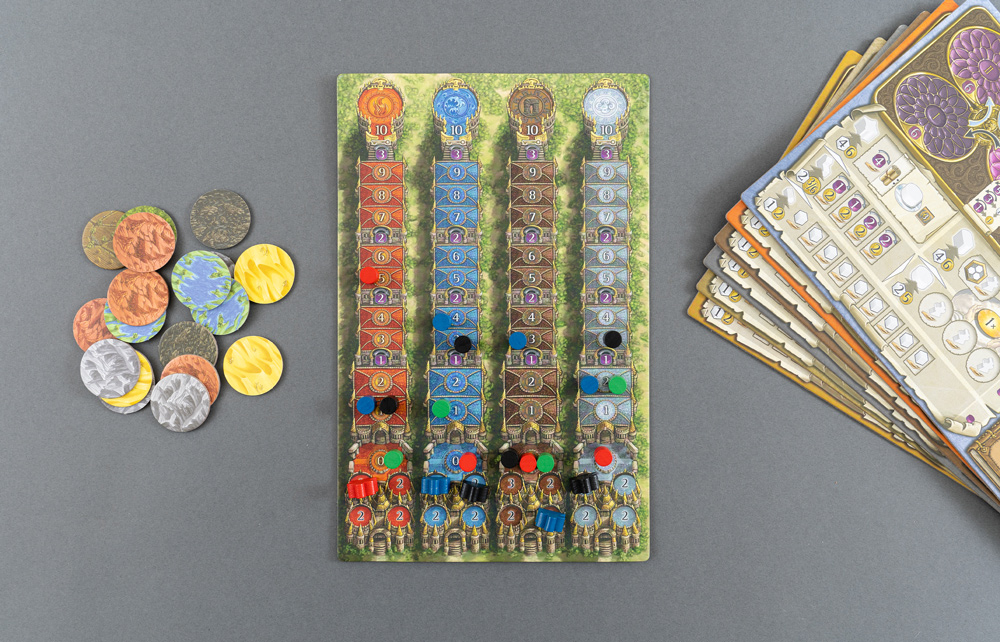 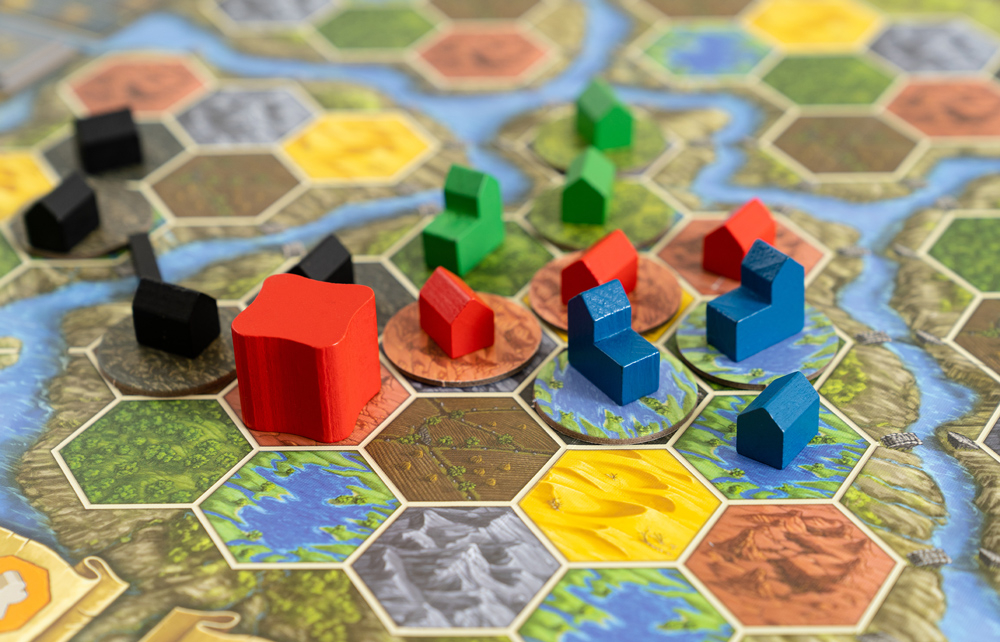 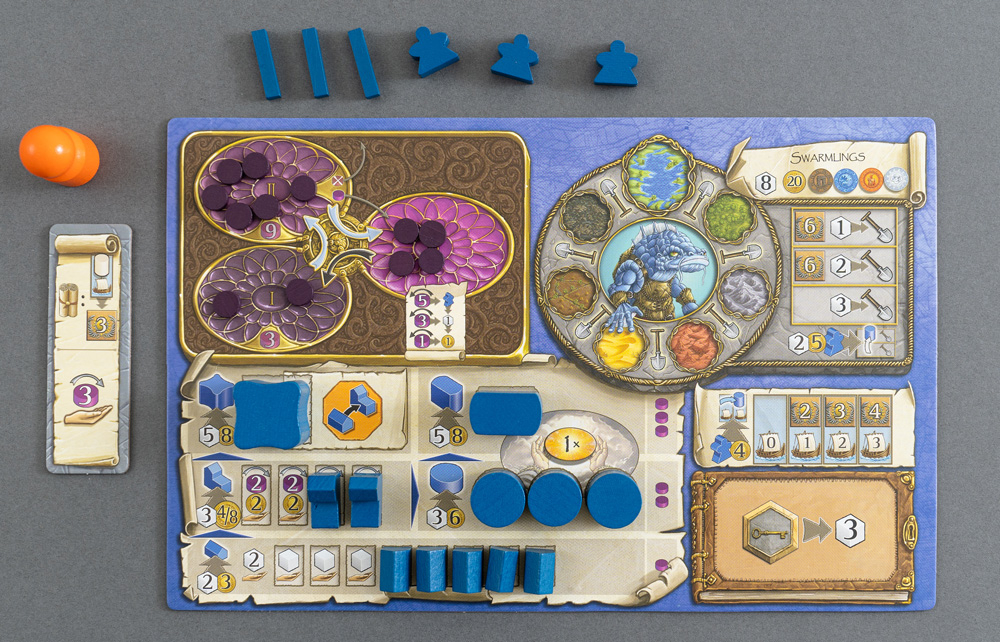 0 out of 5
(0 Reviews)
The Ultimate Terra Mystica Collection 1-5 Players, 30 Minutes/Player

Only few other games have received as many awards in recent years as Terra Mystica!

In this peaceful strategy game, you’ll decide the destiny of your faction. Choose between witches, darklings, dragon masters, and 17 other factions. Terraform the world to your ideas and construct a large number of buildings. Upgrade them and gain various resources as regular income. Build your stronghold to activate your faction’s special ability. Build temples and gain influence in the four cults of fire, earth, water, and air! Use the unique ability of your faction. Terra Mystica offers a great depth of play without being unnecessarily complicated. The numerous factions and different round scorings guarantee high replayability.

The Big Box contains the following:

The components include, among others:

With a box that is only 2.25″ deeper than the base game, Terra Mystica: Big Box is the ultimate package for newcomers and fans of Terra Mystica! Included with the Big Box is a complete storage solution instruction guide to help you organize all the components on the inside.

Terra Mystica has long been considered one of the best foundational board games since its release in 2013. Quickly garnering multiple awards, including 2013 Game of the Year, Terra Mystica is a staple in any board gamers collection. Followed by a large community to this day, Terra Mystica offers an incredible level of replayability that will bring you back to the game to fine-tune your strategy or to discover a new way of playing by utilizing a different faction. With 20 playable factions in Terra Mystica: Big Box, there is so much for you to discover in this timeless classic!