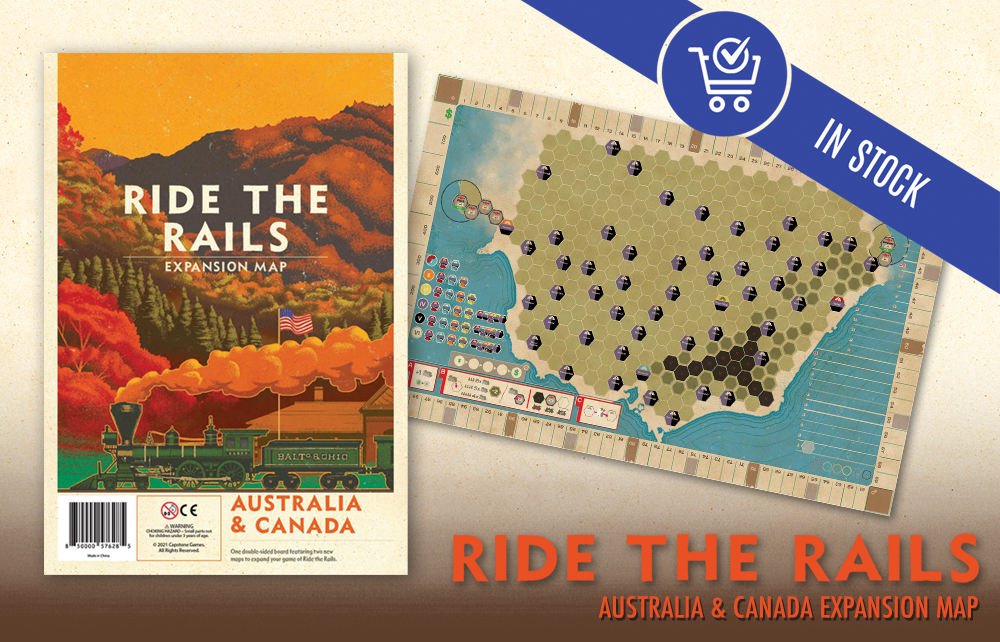 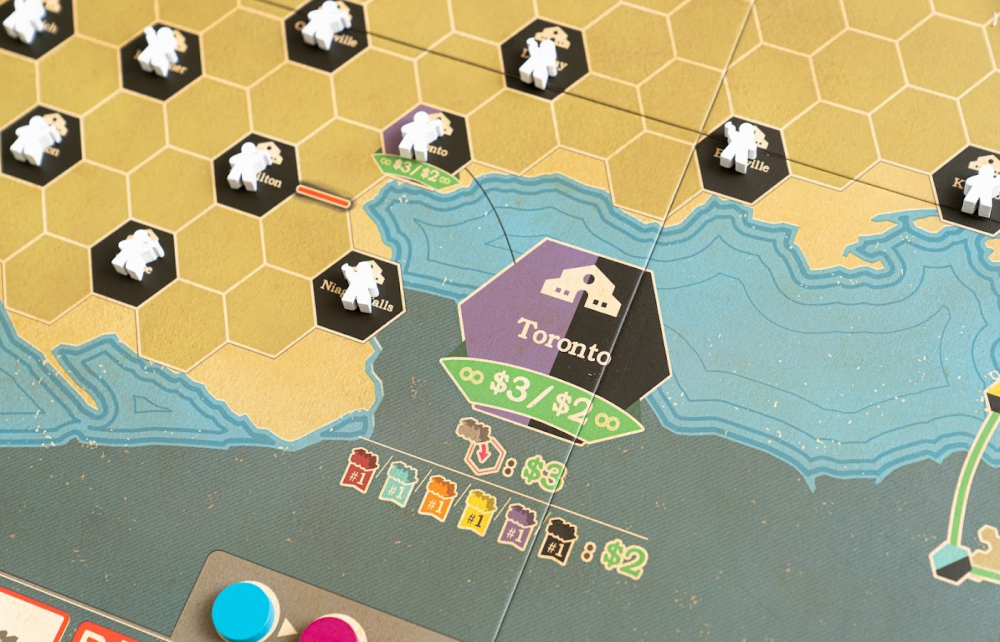 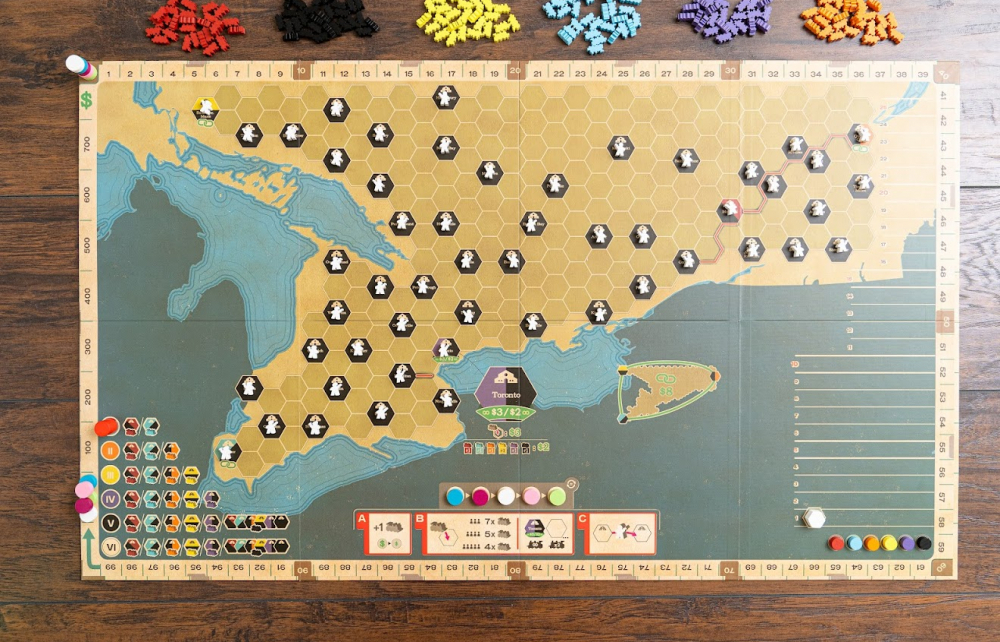 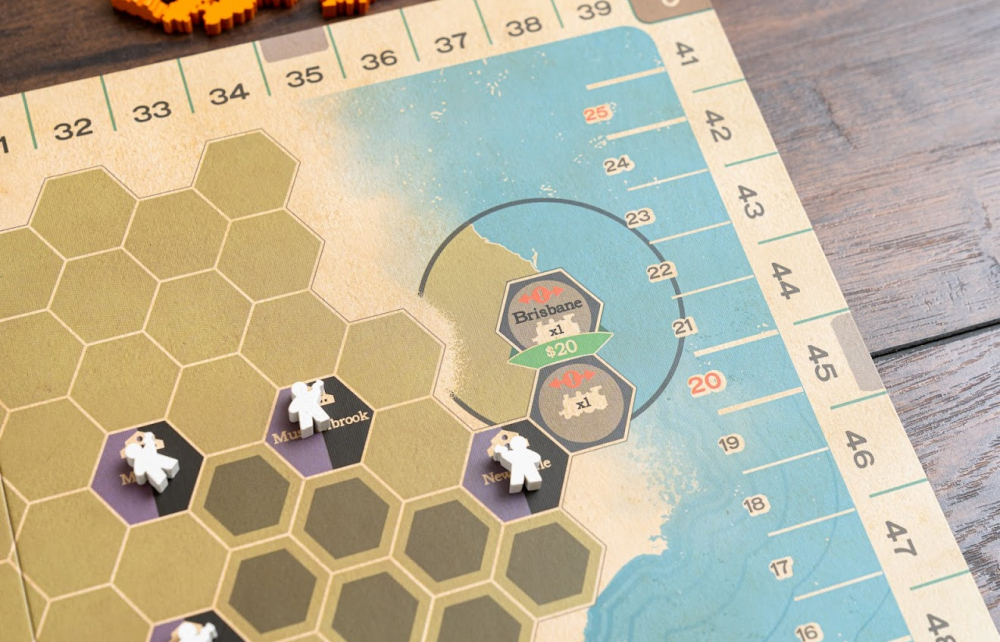 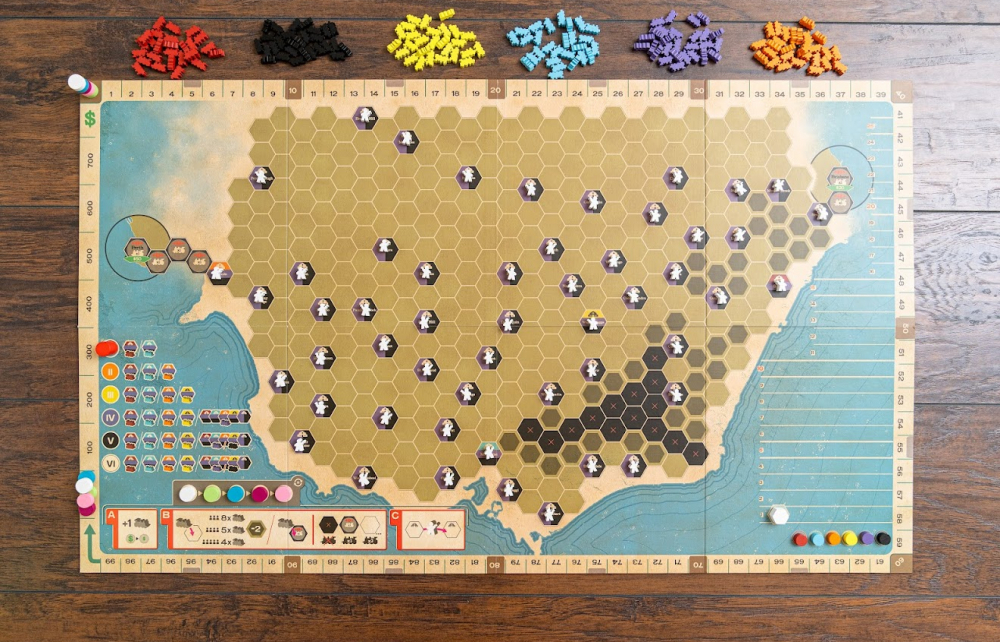 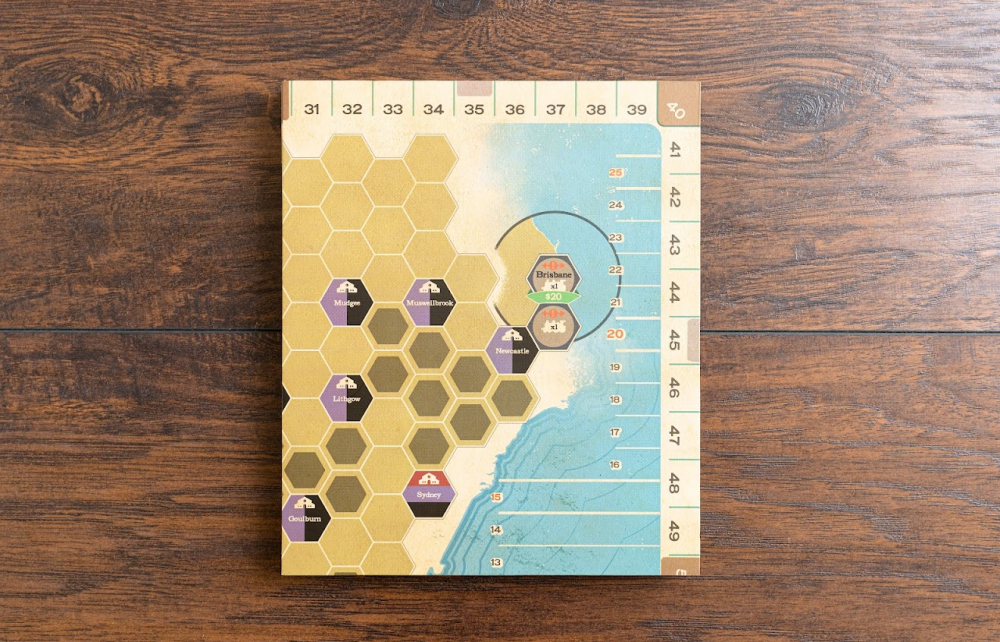 This expansion features a double-sided game board of Australia and Canada:

In Australia, new Long Distance hexes are available to connect far away cities which provide massive bonuses. The rugged terrain reduces your build capacity even further!

In Canada, multiple clusters of cities await your connections. Toronto provides a bonus for all railroad companies connecting there.

Both maps feature new ways in which the 6 railroad companies are introduced in the game!

Ride the Rails is required to play!

This is a preorder for the Ride the Rails: Australia & Canada expansion map.

Ride the Rails: Australia & Canada expansion map is currently on its way to our warehouses across the world. Estimated fulfillment by region: