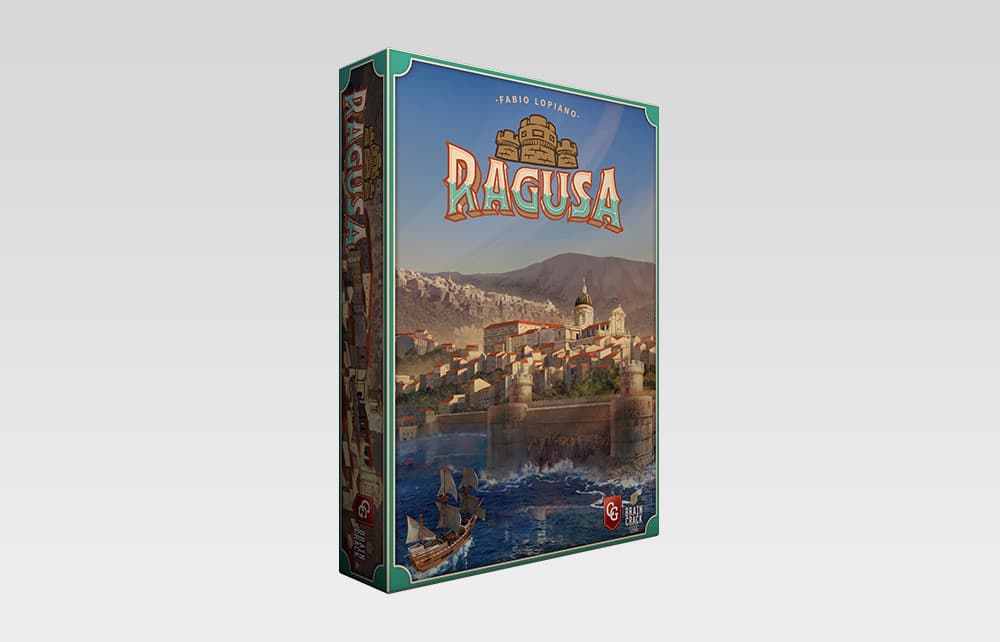 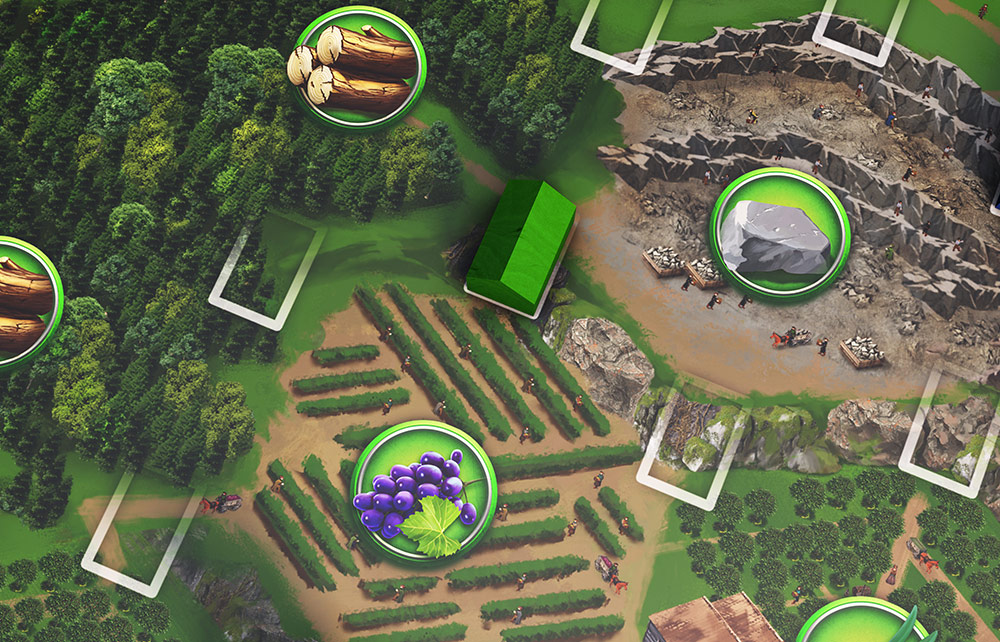 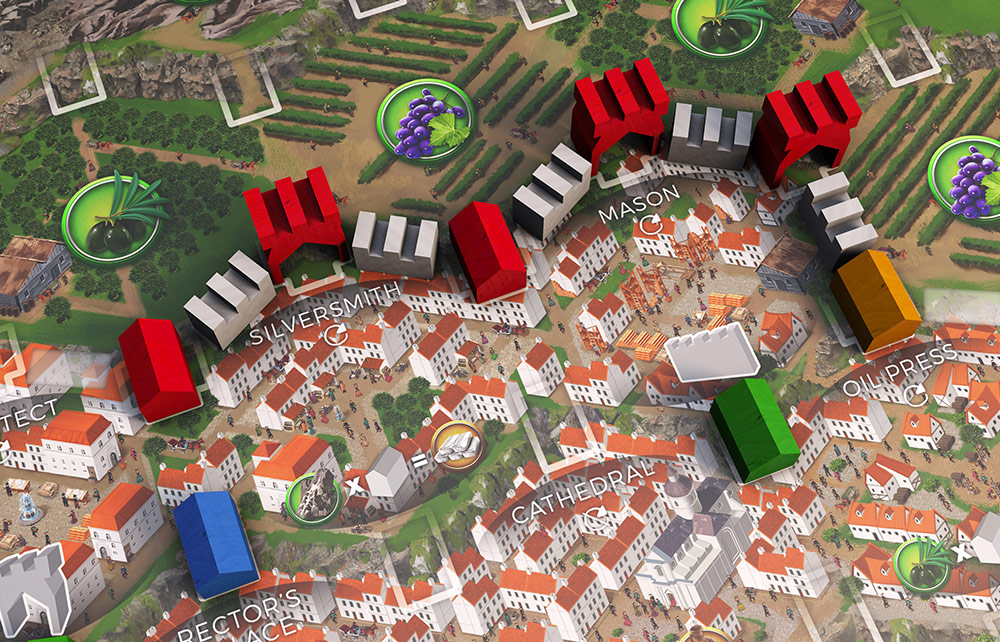 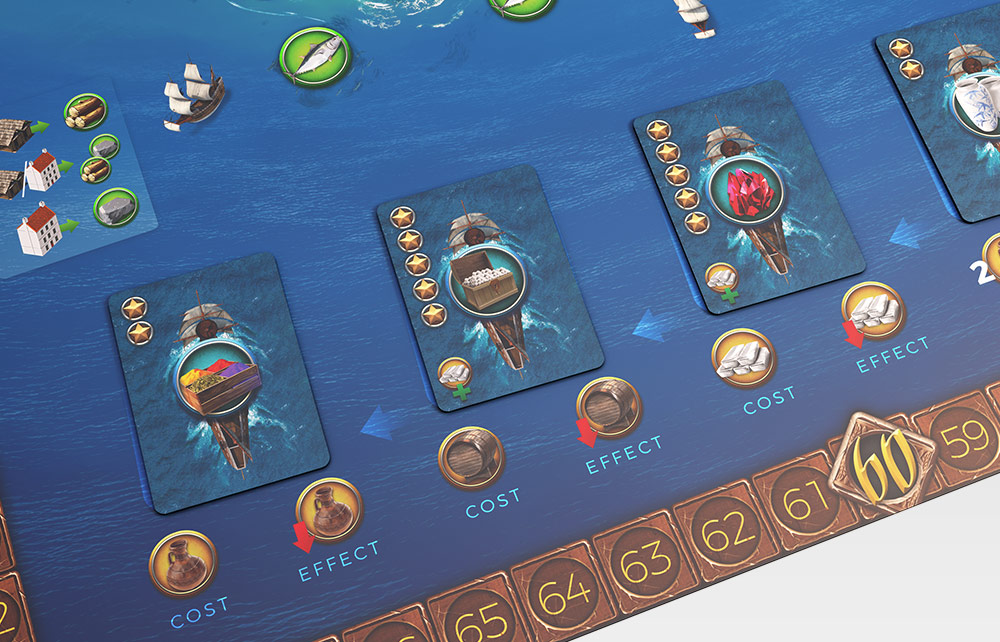 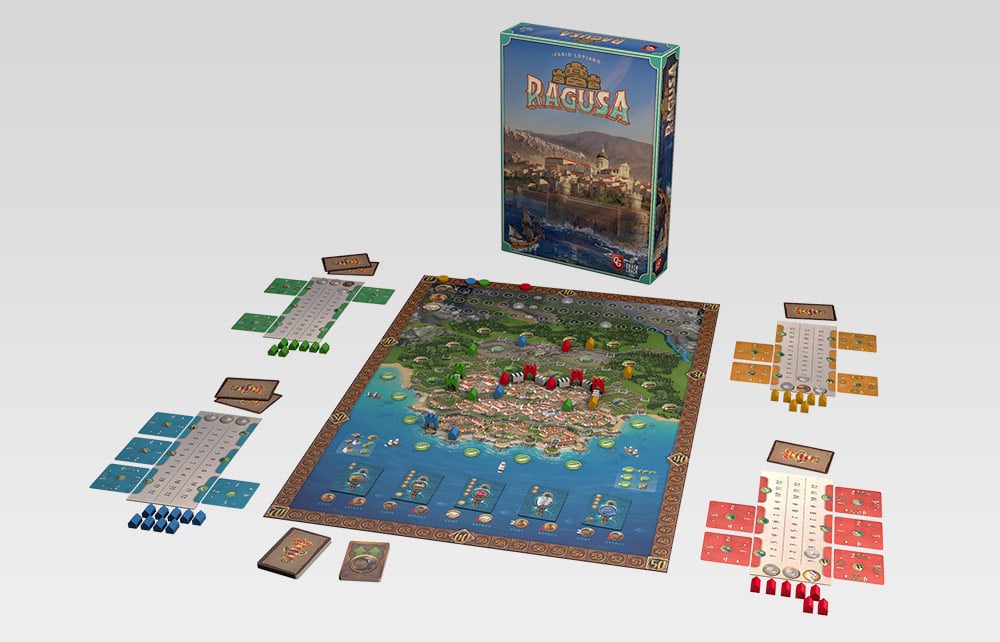 In Ragusa, players are building the titular city in the 15th century. By strategically placing buildings, they can gain access to resources, produce commodities, manipulate the markets, and trade. They can also build walls and towers to defend the city, earning them points at the end of the game.

The turn-by-turn gameplay will feel instantly familiar to players: place houses between spaces and gain access to the resources or actions that those spaces represent.

But Ragusa has a trick up its sleeve — spaces reactivate the houses around them, whether they belong to you or your competitors. This ensures players are always engaged and gives weight to your choices early in the game.

Meshing worker placement, market manipulation, and hidden objectives, Ragusa is not without its complexity!