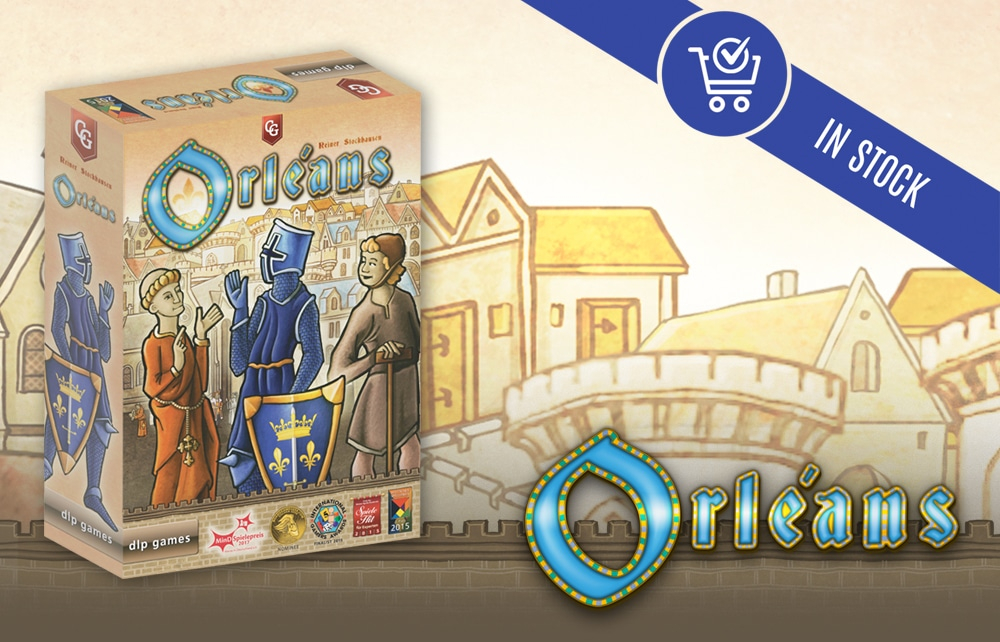 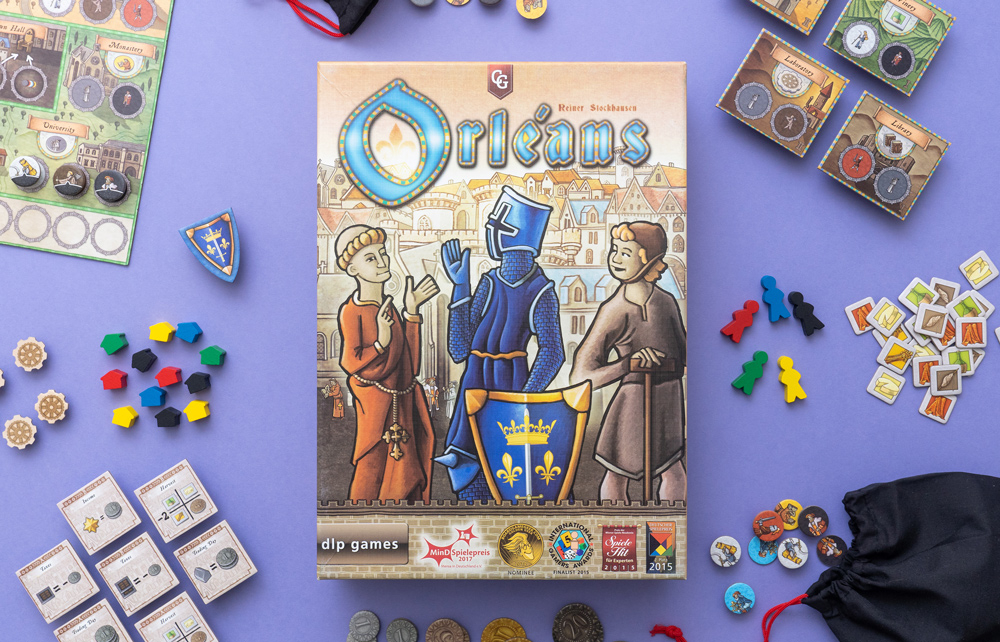 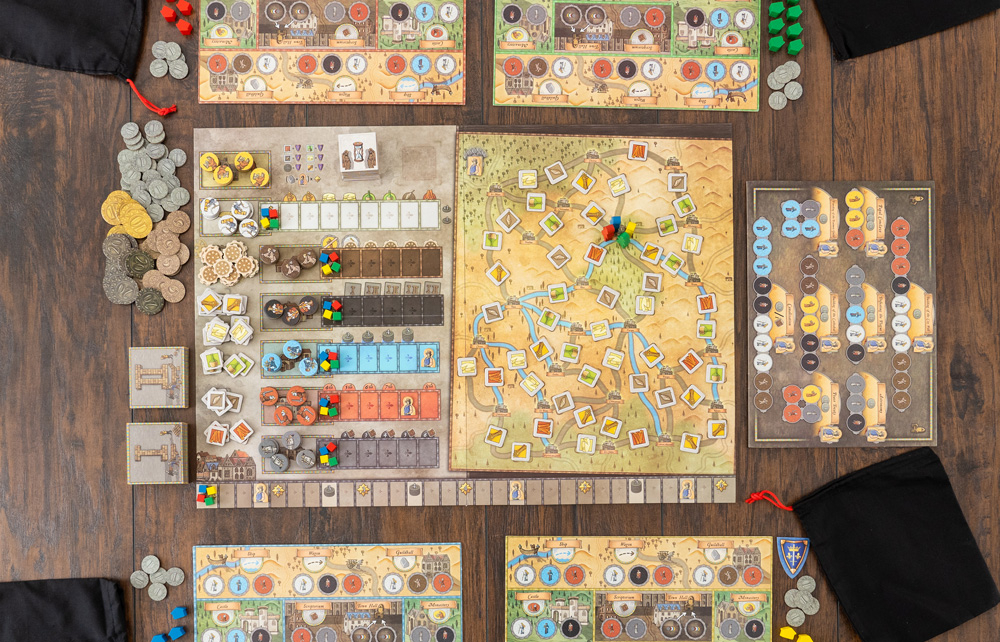 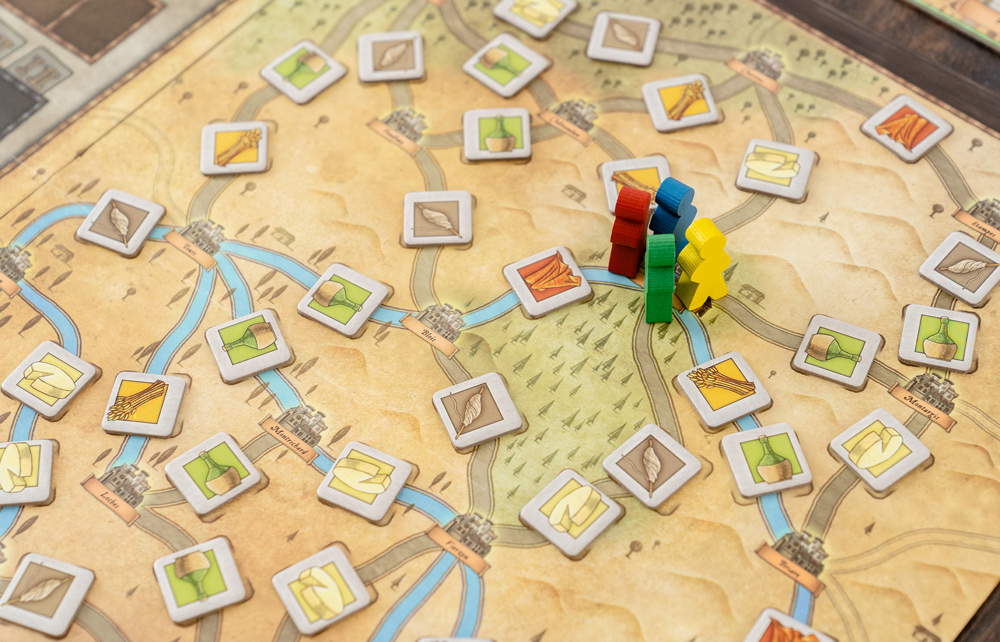 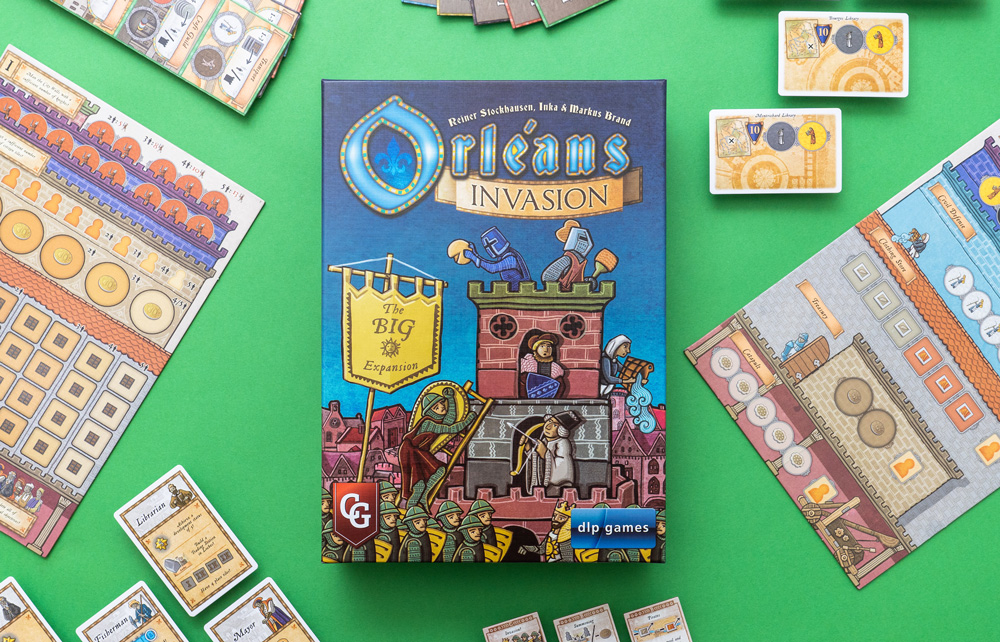 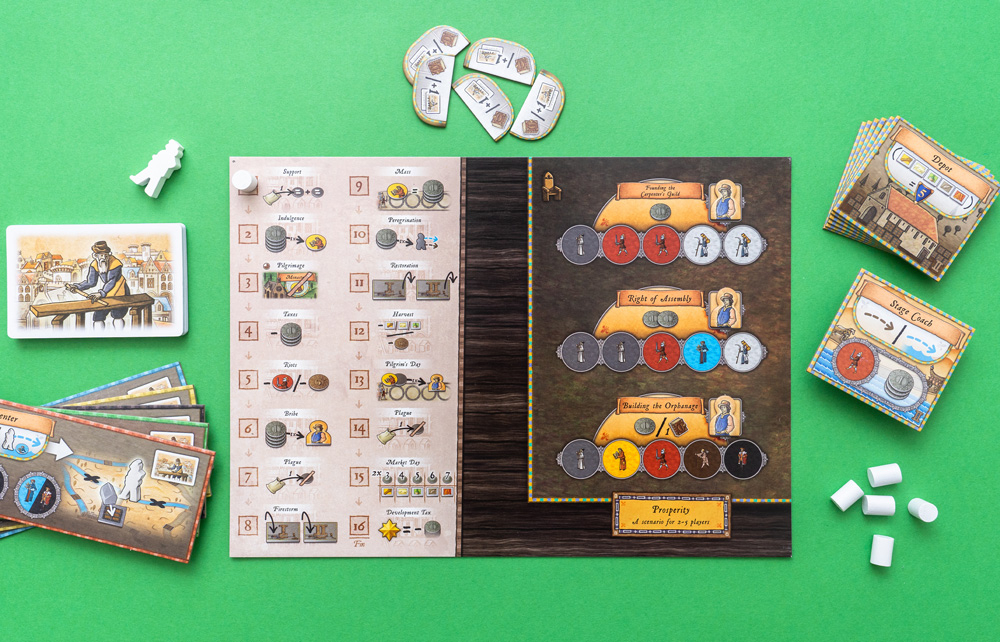 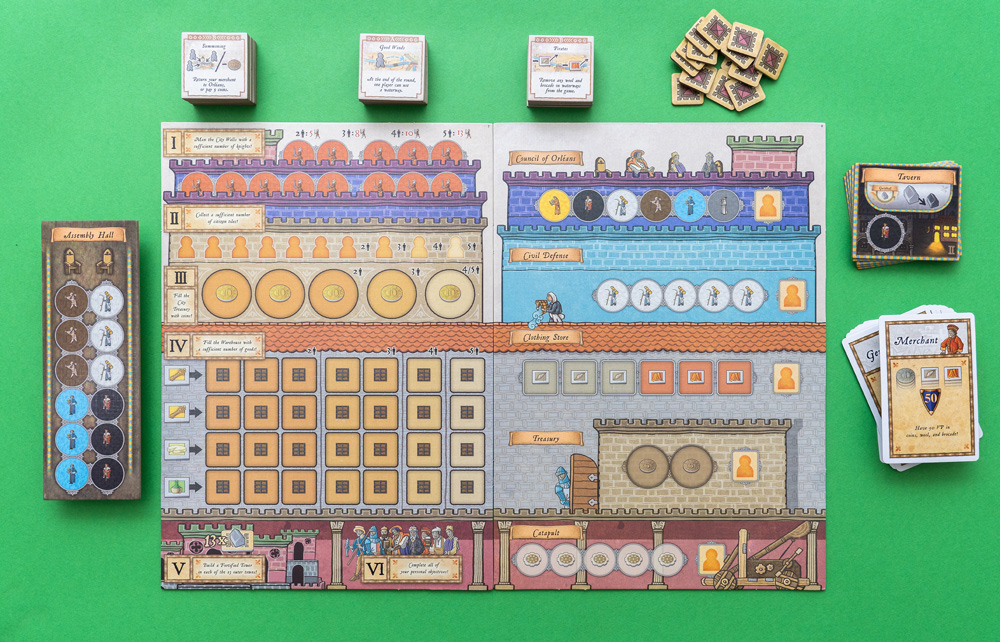 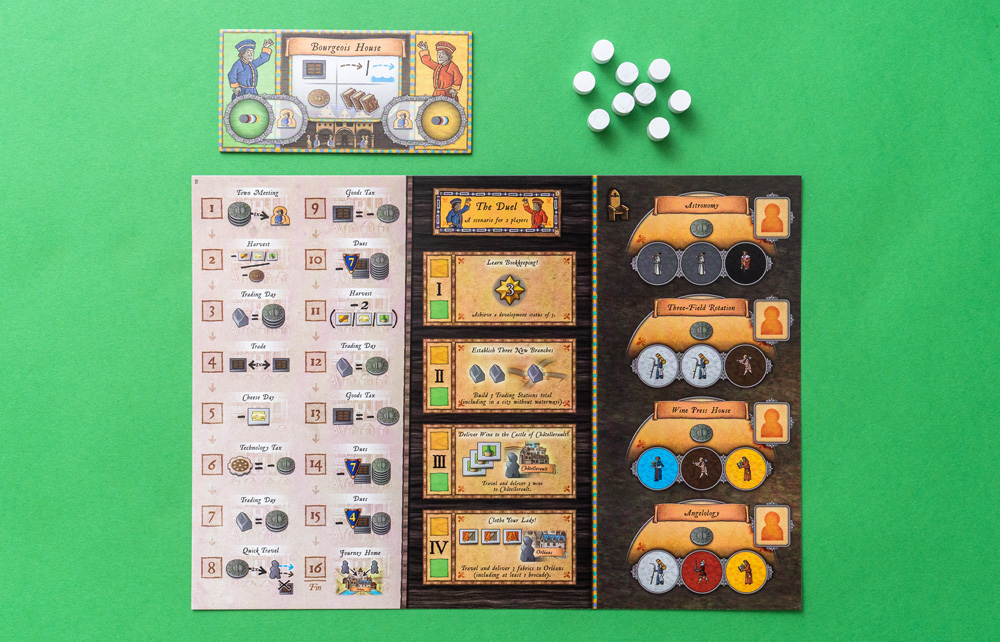 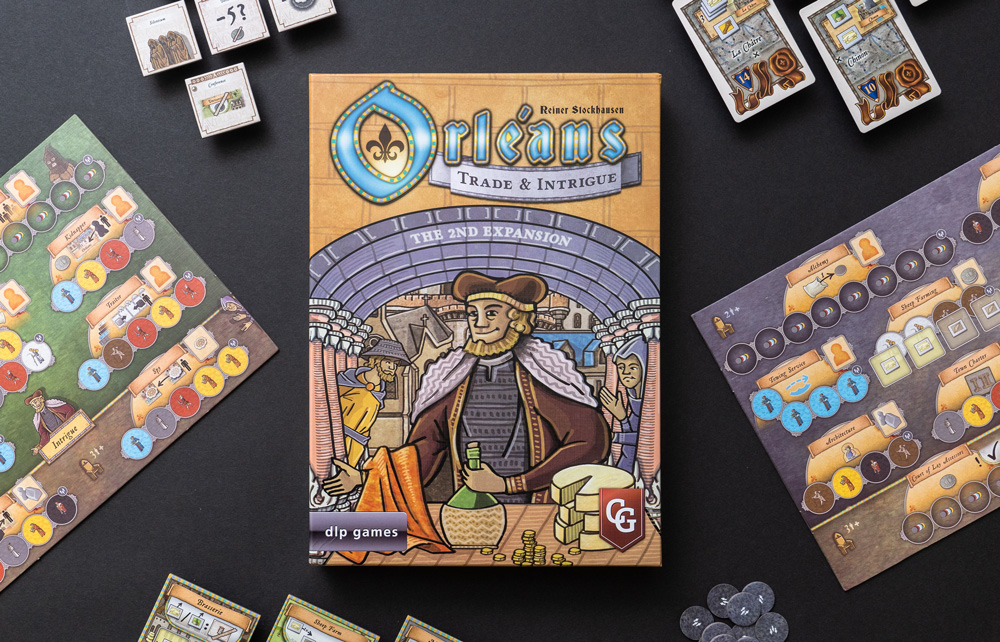 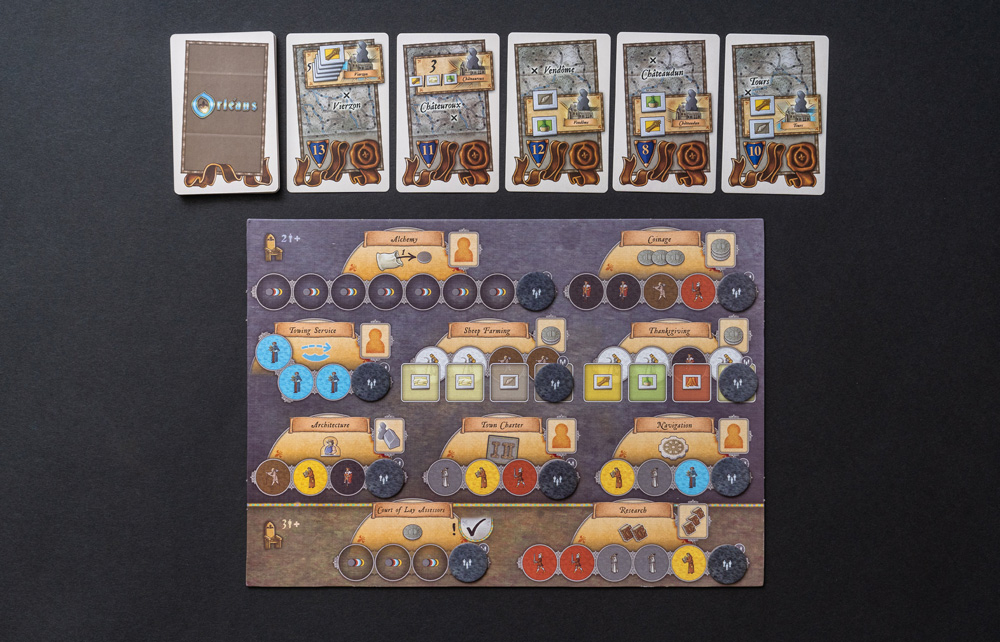 0 out of 5
(0 Reviews)
Craftsmen, scholars & monks can help you reign supreme—but who will turn up to help? 2-5 players, 90 minutes

During medieval Orléans, you must assemble a following of farmers, merchants, knights, monks, etc. to gain supremacy through trade, construction and science in medieval France.

In the city of Orléans, you can take trade trips to other cities to acquire coveted goods and build trading posts. You need followers and their abilities to expand your dominance by putting them to work as traders, builders, and scientists. Knights expand your scope of action and secure your mercantile expeditions. Craftsmen build trading stations and tools to facilitate work. Scholars make progress in science, and last but not least it cannot hurt to get active in monasteries since with monks on your side you are much less likely to fall prey to fate.

In Orléans, you will always want to take more actions than possible, and there are many paths to victory. The challenge is to combine all elements as best as possible with regard to your strategy.

Orléans is the award-winning game that introduced the popular bag-building mechanic!

Invasion, the first large expansion for Orléans, introduces both a Solo and Co-op mode! Invasion contains 6 scenarios designed by Reiner Stockhausen and Inka & Markus Brand. It also includes a new set of Place Tiles that can be used with or without any of the scenarios.

The Dignitary: You are an important dignitary trying to gather as many Citizens as possible.
Capital Vierzon: Develop the city of Vierzon to become the capital of its region.
Traveling Salesman: Travel through the country and make important deliveries to faraway cities.