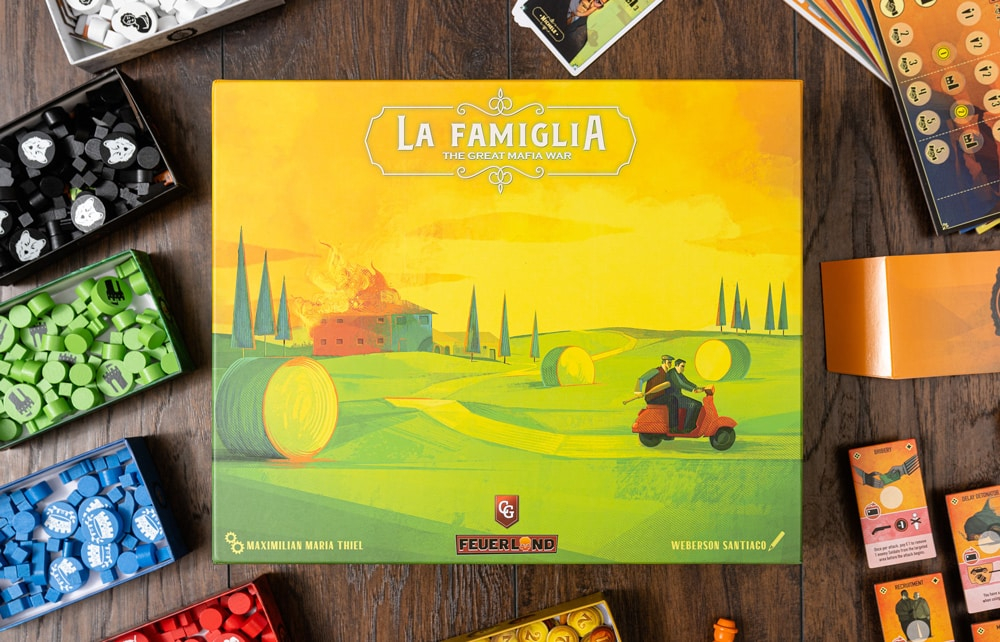 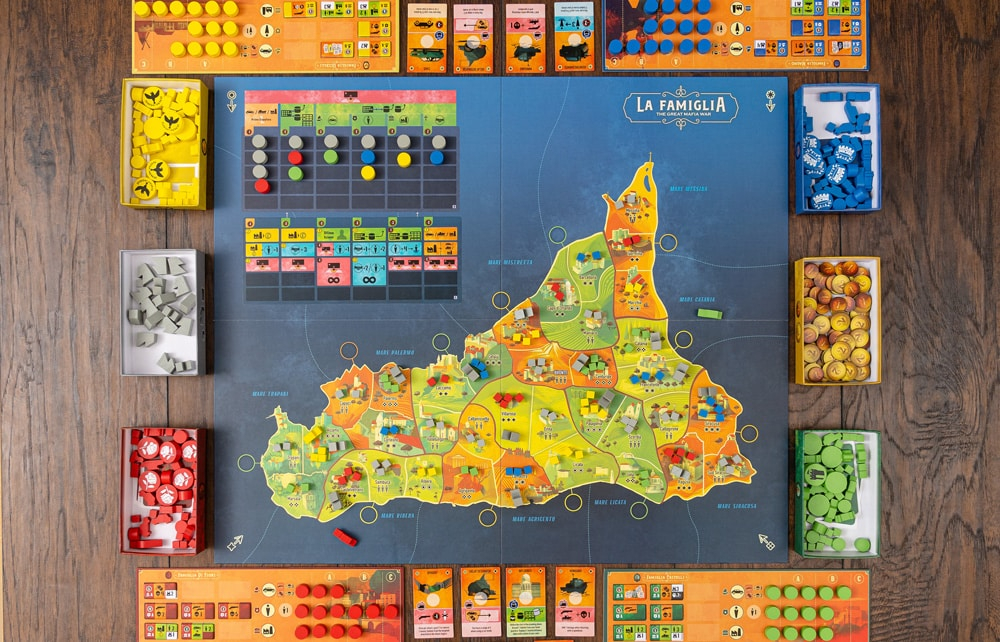 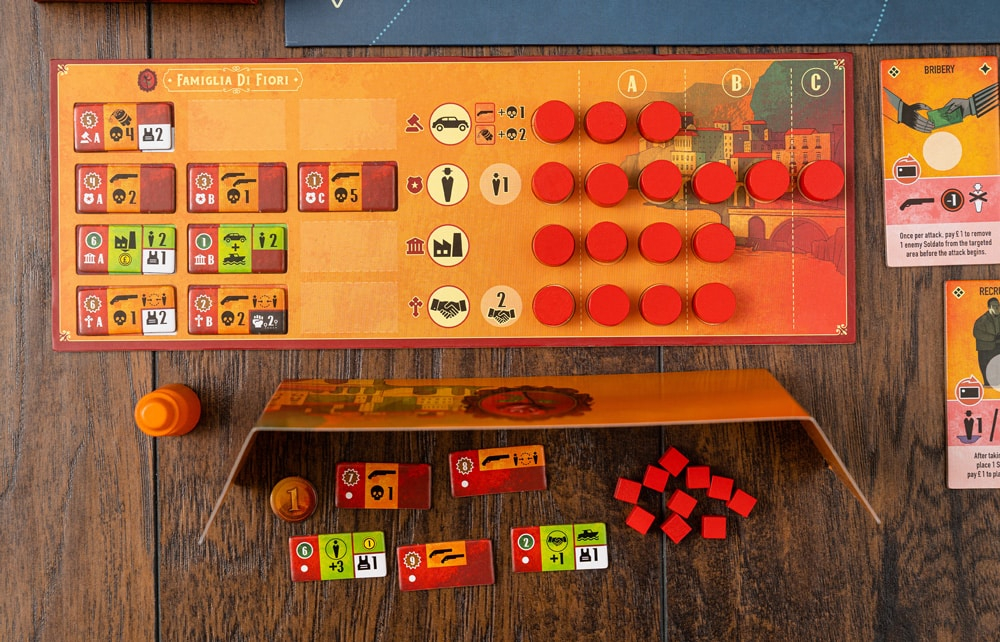 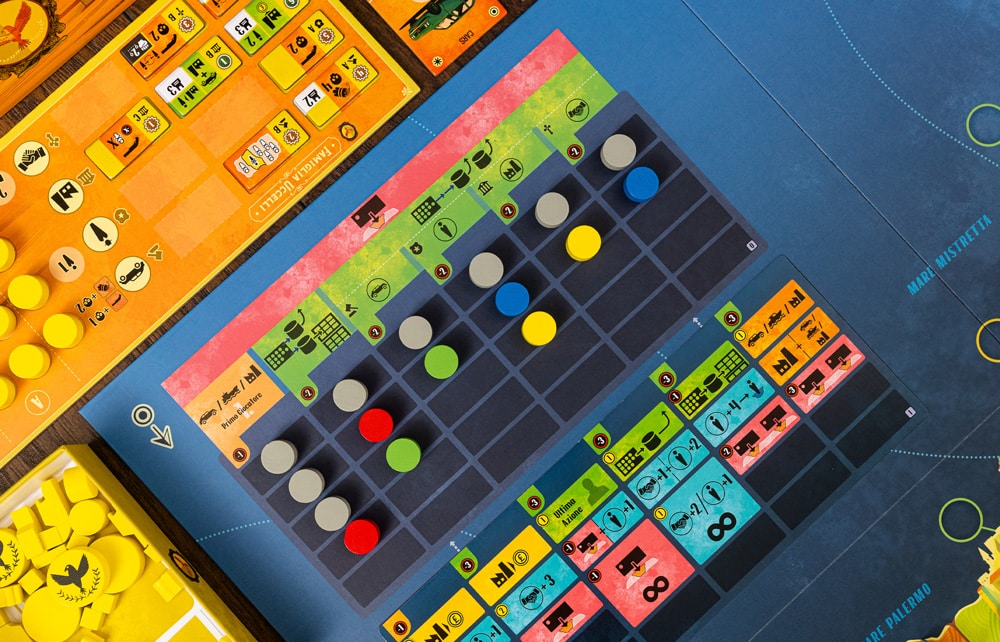 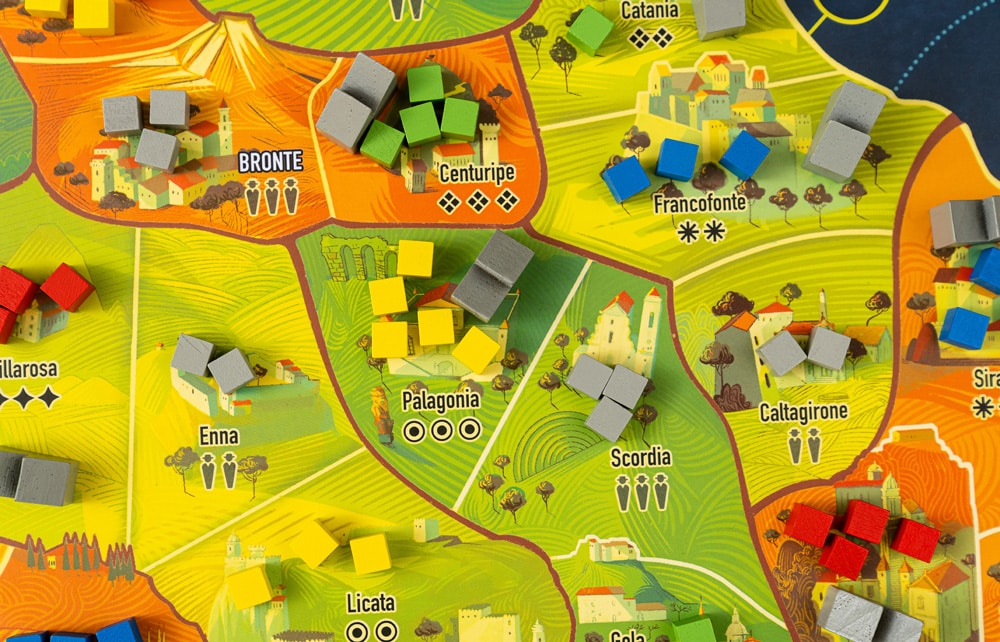 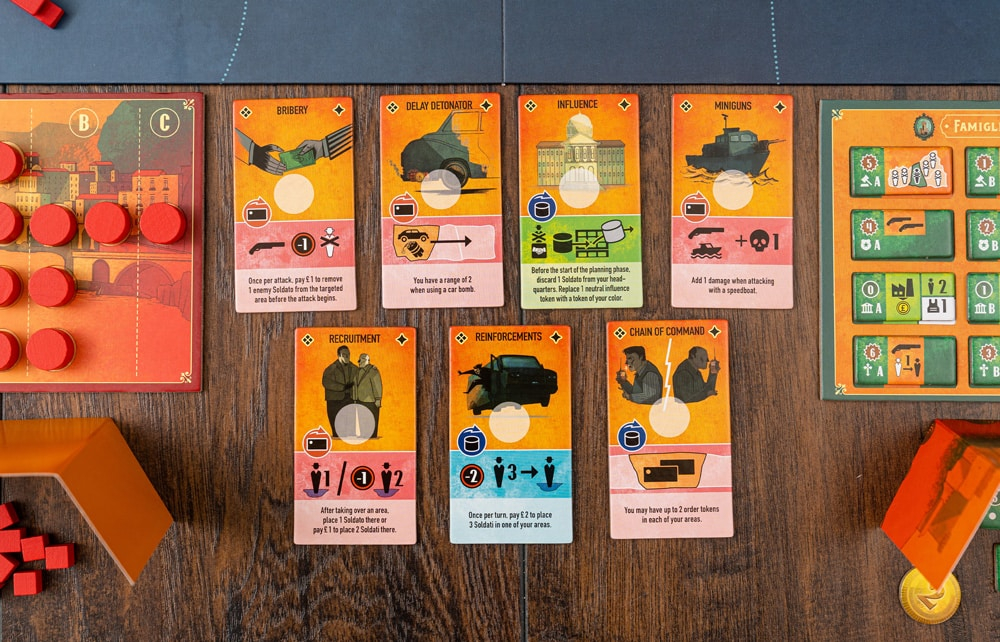 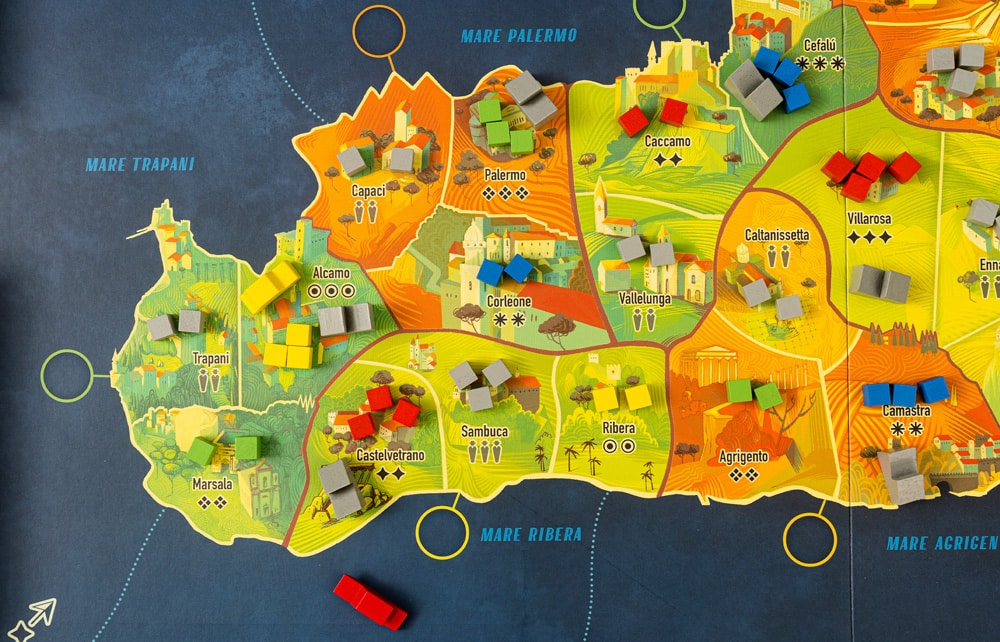 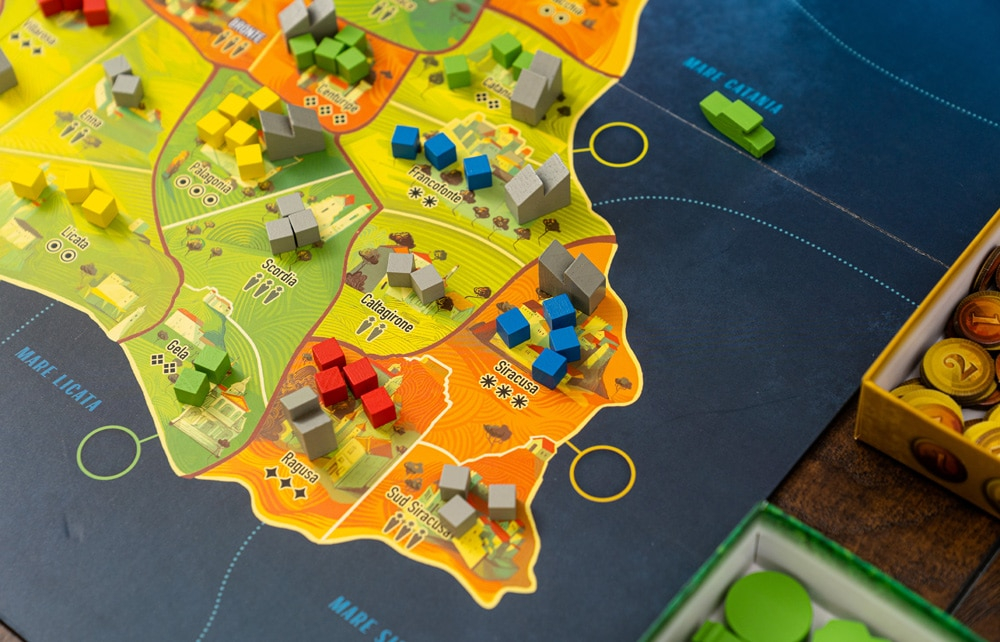 0 out of 5
(0 Reviews)
Two teams struggle over the supremacy of Sicily during the Great Mafia War 4 Players, 120 Minutes

In the 1980s, a merciless battle raged in Sicily that would later go down in history as “The Great Mafia War.” Different mob families fought with and against each other for supremacy in southern Italy.

In La Famiglia: The Great Mafia War, you play against each other in teams (2 vs. 2) to take control of Sicily. Siz different mafia families, each with special abilities, are at your disposal. The Game Rounds are divided into 2 Phases:

The team that best combines and coordinates its abilities will finally dominate Sicily.

La Famiglia is an extraordinary team game that provides lasting excitement through asymmetric abilities and a variable game set-up. 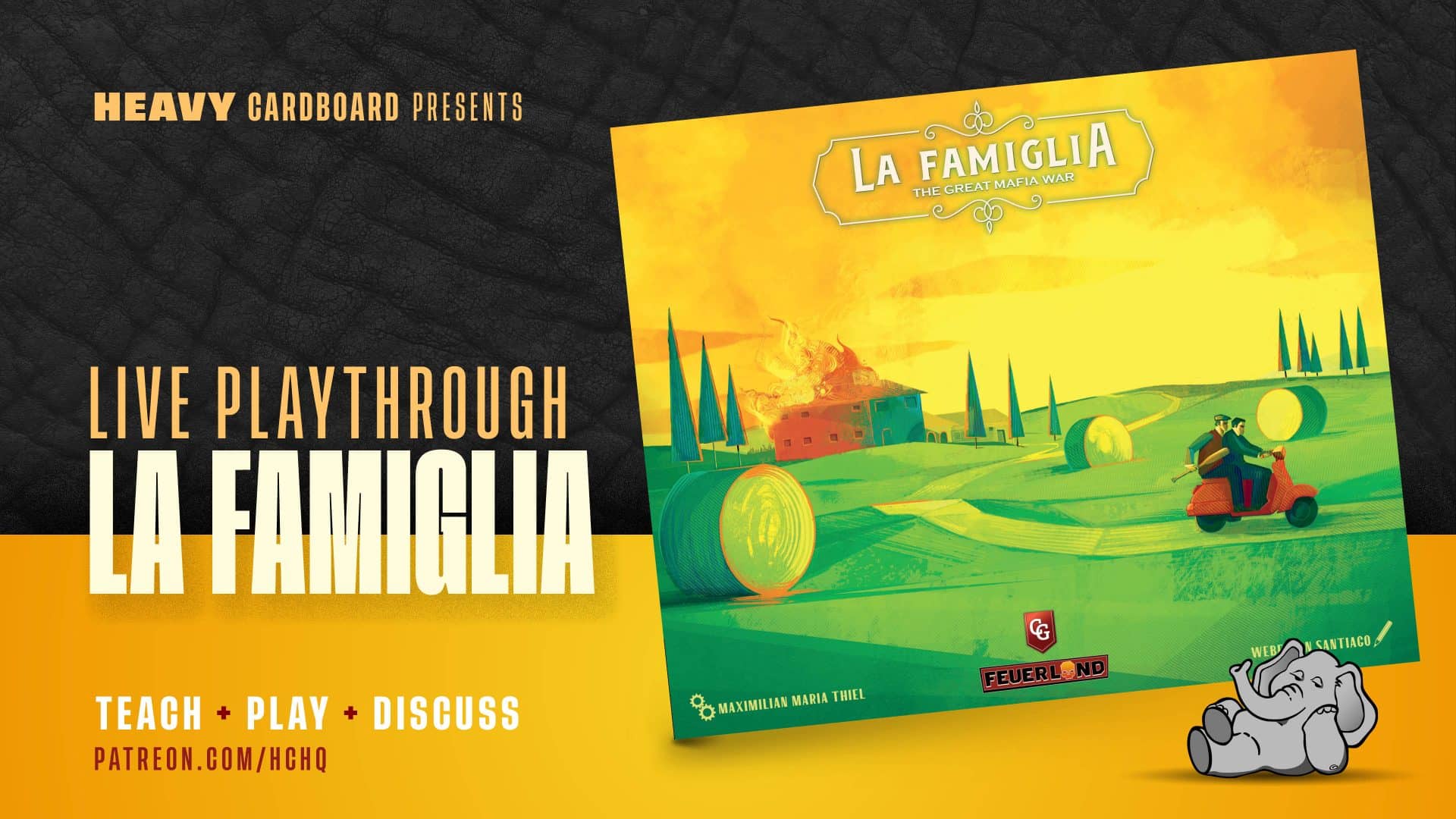 This is a preorder for La Famiglia: The Great Mafia War.

La Famiglia is scheduled to be delivered to our warehouse in Cincinnati the week of February 20. We will then immediately ship all preorders ahead of the March retail release.

Thank you for preordering La Famiglia!