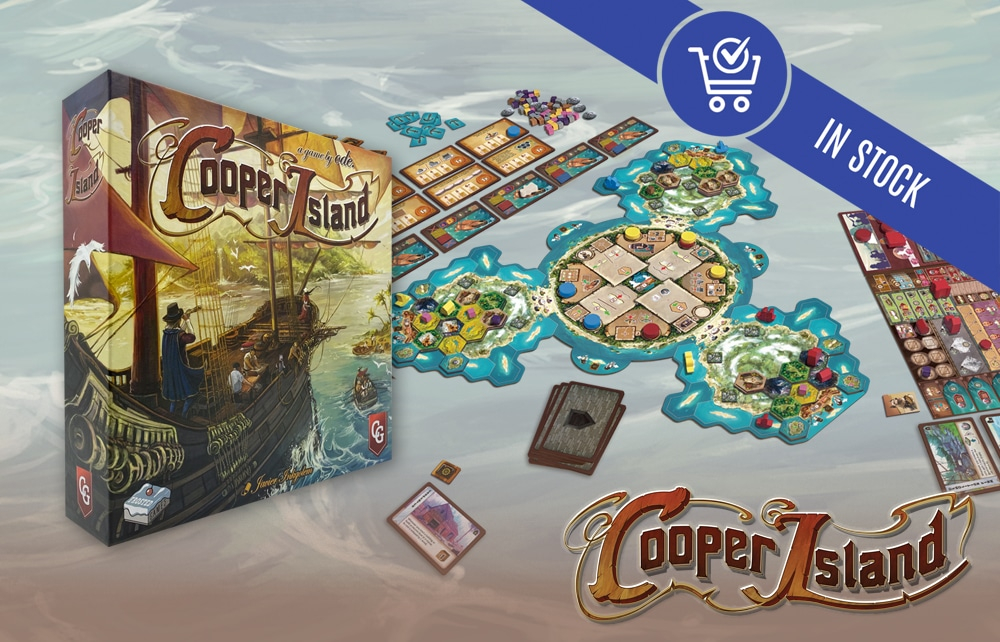 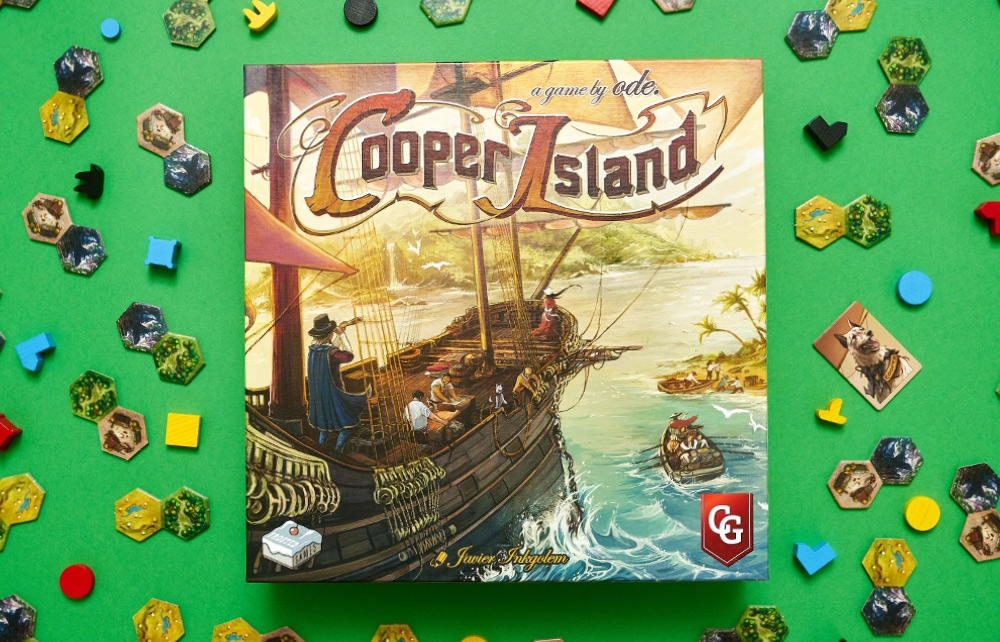 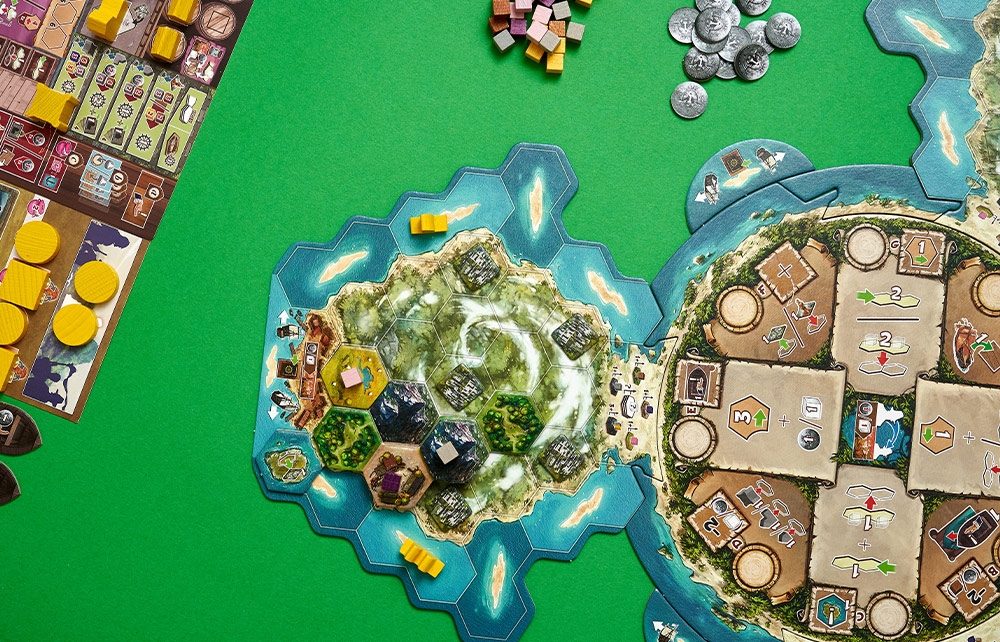 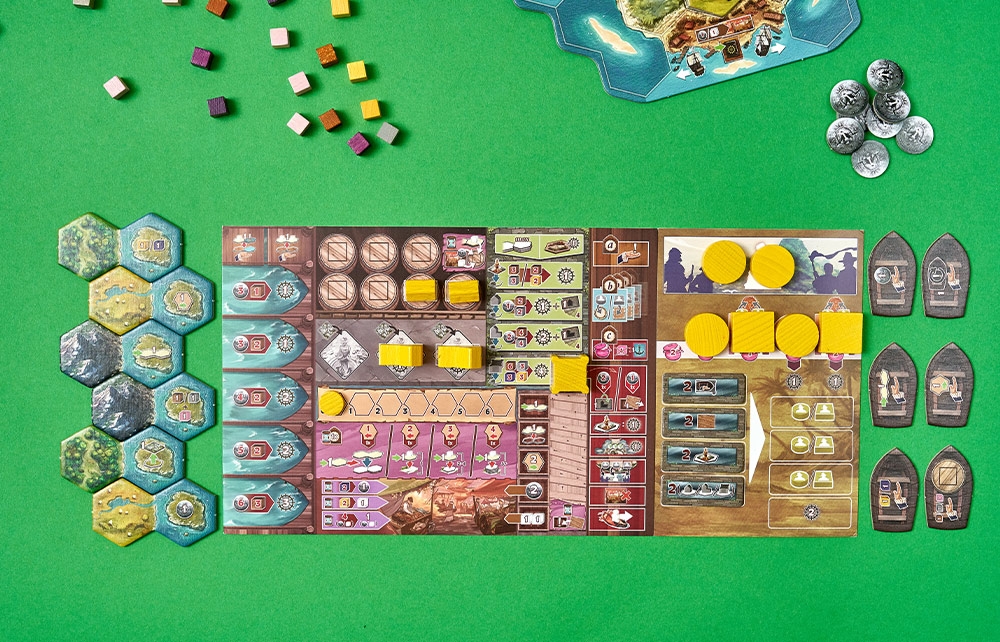 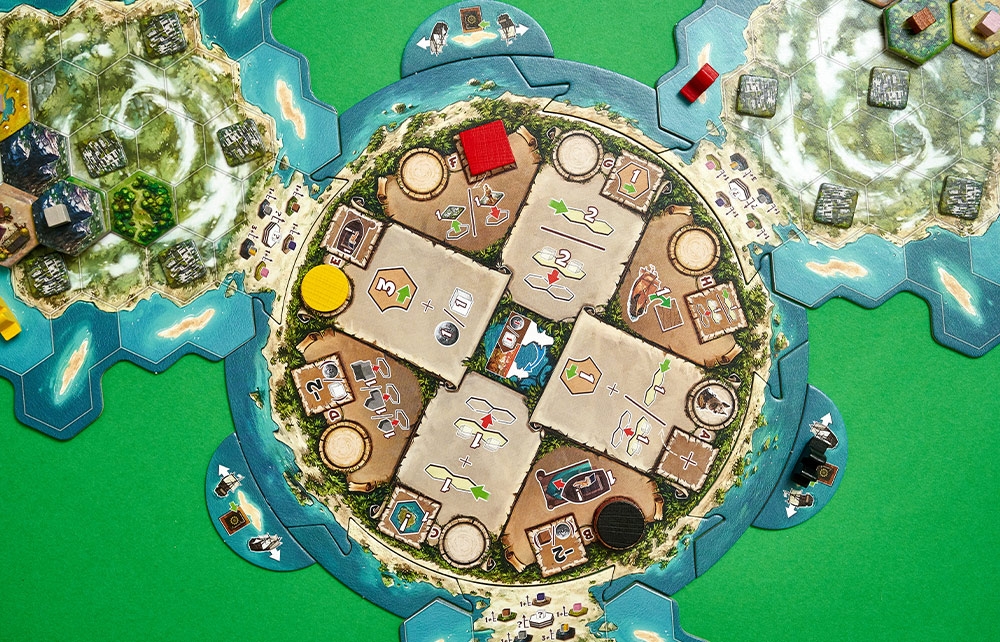 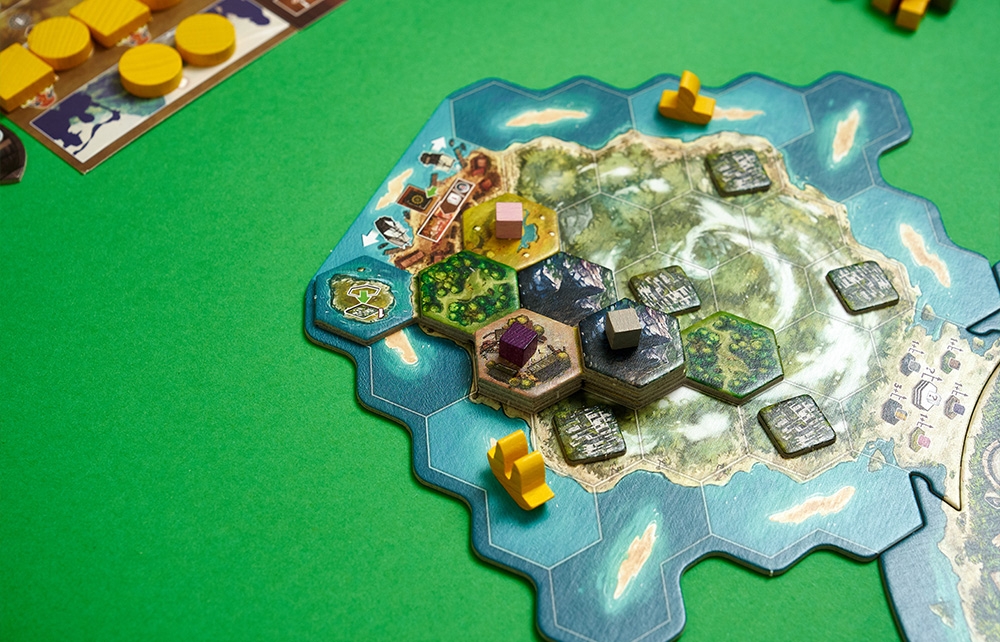 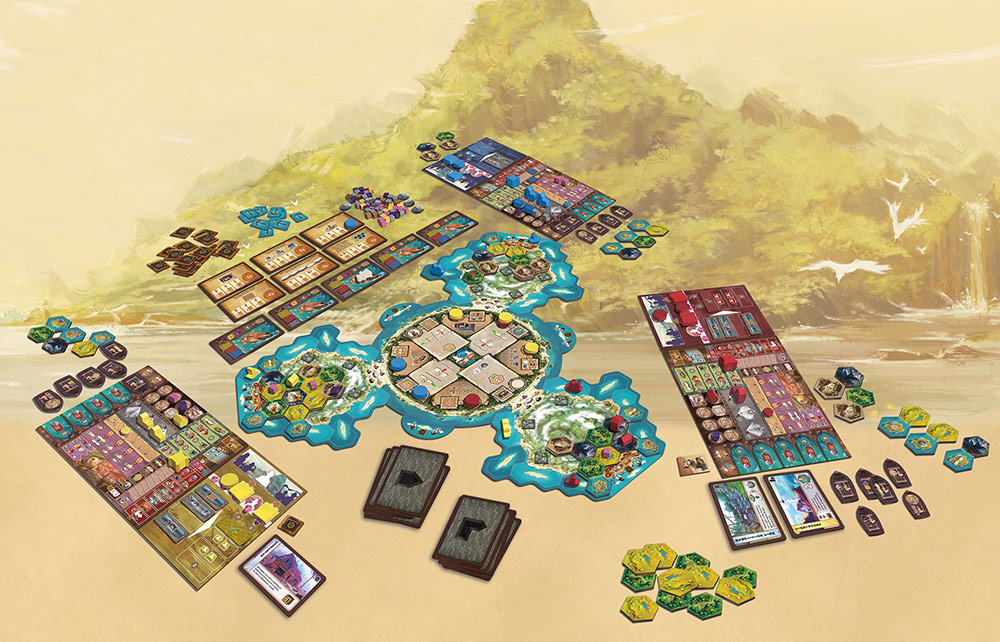 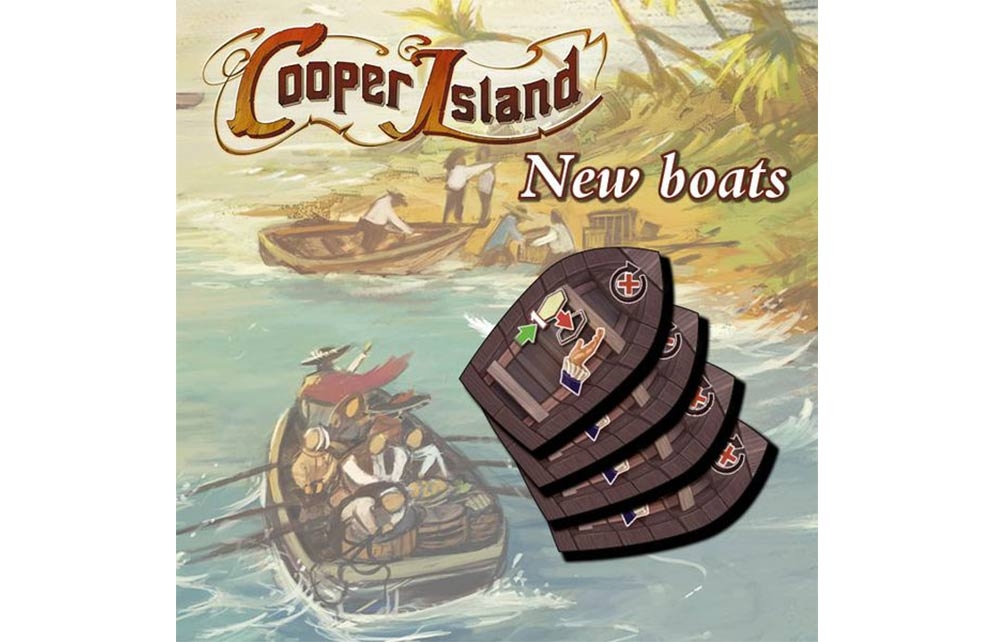 You’ve come to make your fortune on Cooper Island, whose untouched peninsulas stretch out like long arms into the wild Atlantic. With two ships and a few workers, each of you has landed on a separate peninsula, which you hope to explore, cultivate, and settle. But who will do this best? And how? Will you expand your land quickly, or will you instead spend your efforts cultivating it, making it more and more valuable and productive?
Buildings, boats, statues…how will you score victory points to send your ships sailing up the coast?
Because your ships also serve as victory point markers, even as they sail into the waters of other players, you profit from the lush islets they pass.

Cooper Island is the epitome of a complex strategy game: In it, you will explore not just an island, but also rich strategies and subtle mechanisms. It is an intricate clockwork that invites deep thought, thanks to its strategic demands and clever use of landscape stacking.

Comes with the New Boats promo pack for FREE*